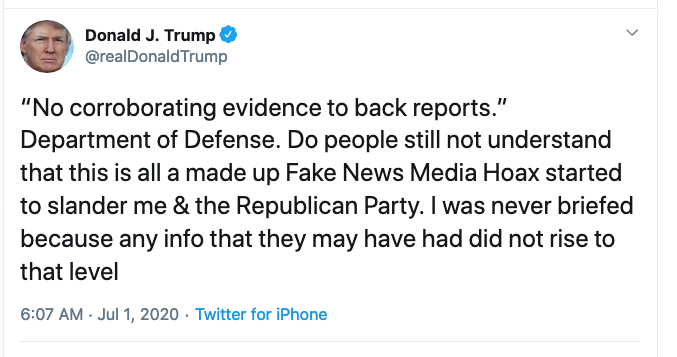 It is not a hoax.

“No corroborating evidence to back reports.” Department of Defense. Do people still not understand that this is all a made up Fake News Media Hoax started to slander me & the Republican Party. I was never briefed because any info that they may have had did not rise to that level

There were a few more Trump tweets on the topic. Here's one. It's exhausting.

The Russia Bounty story is just another made up by Fake News tale that is told only to damage me and the Republican Party. The secret source probably does not even exist, just like the story itself. If the discredited @nytimes has a source, reveal it. Just another HOAX!