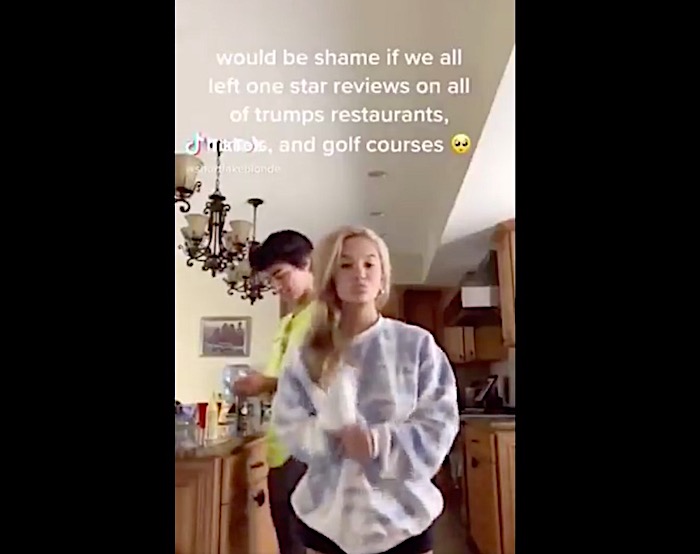 Kellyanne Conway's teen daughter, Claudia Conway, has recently taken to Twitter, and clearly she's a chip off her ol' dad's block. While her mother Kellyanne is sycophantic counselor to Donald Trump, her husband (and Claudia's father) George Conway is a Republican famous for his anti-Trump tweets — and for his Lincoln Project Trump attack ads. Claudia is obviously an apple that rolled to the base of George's tree.

if you're a woman supporting trump, i feel bad for you. you must really hate yourself. lots of internalized misogyny… yikes

now i see why my dad @gtconway3d tweets about trump. this shit is so fun

be careful guys! make sure you know how to read and use correct english (punctuation, grammar, etc.). if not, you might accidentally end up as president one day!

guys tomorrow at 4 pm est it would be SUCH a shame if we all reported trump's social media accounts. definitely DON'T do it and DON't retweet this ❤️💅🏼

I love Kellyanne Conway's daughter Claudia Conway telling everyone to leave a 1 STAR⭐️ Reviews on all of TRUMPS properties!❤️😂👏🏼 pic.twitter.com/SzxBLHTxe9