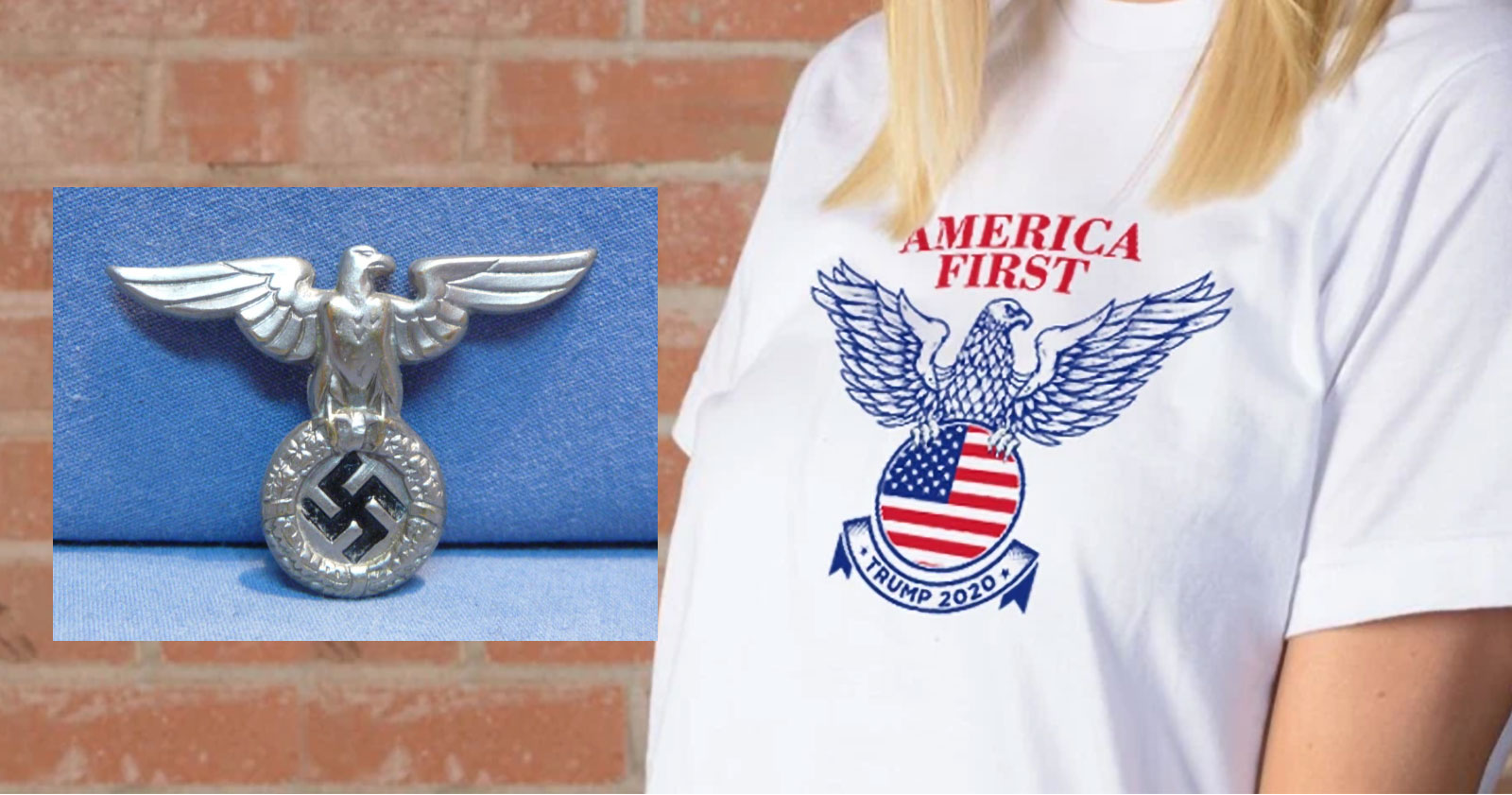 America First was a protectionist movement in the early 20th century whose name ultimately became the slogan of those opposed to fighting the Nazis. Revived by the Trump campaign in 2016, its antisemitic associations galvanized supporters while alarming wavering Republicans; his use of the phrase was a key moment in the forming of the "Never Trump" movement among conservative pundits. To help win re-election, he's selling T-shirts with the phrase, using a design that's unusually close to the Nazi parteiadler emblem.

The potential for similarity between generically patriotic "American Eagle" designs and the the German imperial eagle (especially the Nazi iterations of it) means great care is usually taken to avoid specific elements of the parteiadler and reichsadler emblems. For Trump's nativist followers, though, such things are feature, not bugs.

This is usually the point where "It's a Roman eagle!" is uttered. And so it is. Just like the salute.