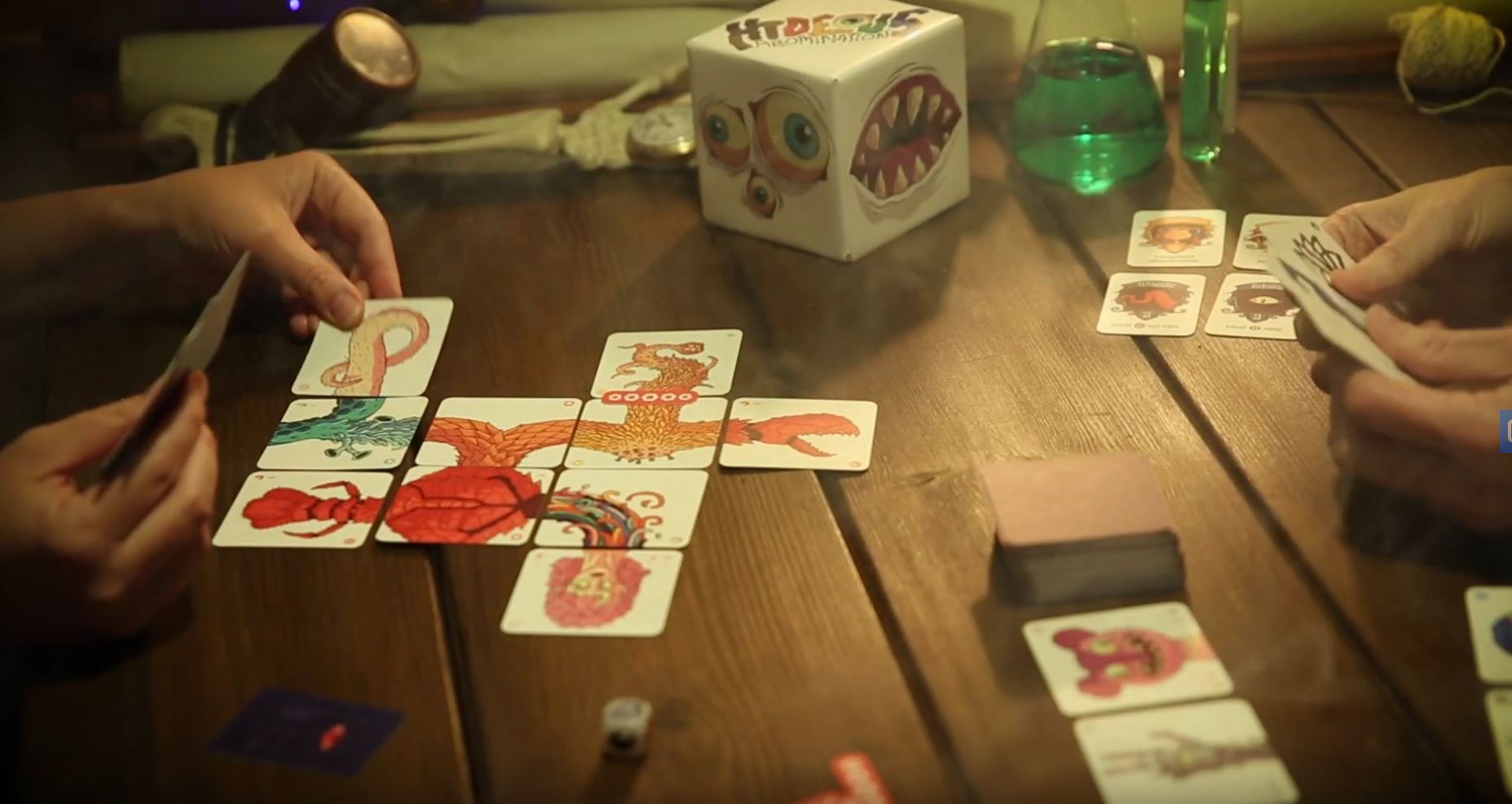 I'm looking forward to playing Hideous Abomination [Kickstarter], because it combines two of my favorite things: games where you build something piece by piece out of cards or tiles, and grotesque cartoon creatures that defy the imagination.

Hideous Abomination is a tile-laying game for 2-5 people, aged 12+ (but with simplified rules for younger players), generally running about 15-30 minutes. You’re in fierce competition with the other players to construct and complete an abomination that matches certain criteria - some of which are randomized per game! You’ll take turns rolling the die and playing, stealing and bolting tiles. There's plenty of player interaction and end-game scoring. It's fast-paced fun for social gamers, but the randomized win conditions and variables mean it's deep enough for more strategically-minded gamers, too

Here's how it's played:

The creator, Judson Cowan (previously at Boing Boing) is responsible for the gameplay, the artwork, the milieux, the song in the ad, the everything, which is why it already has such a coherent and finished look to it and why I have no doubt it'll ship promptly.