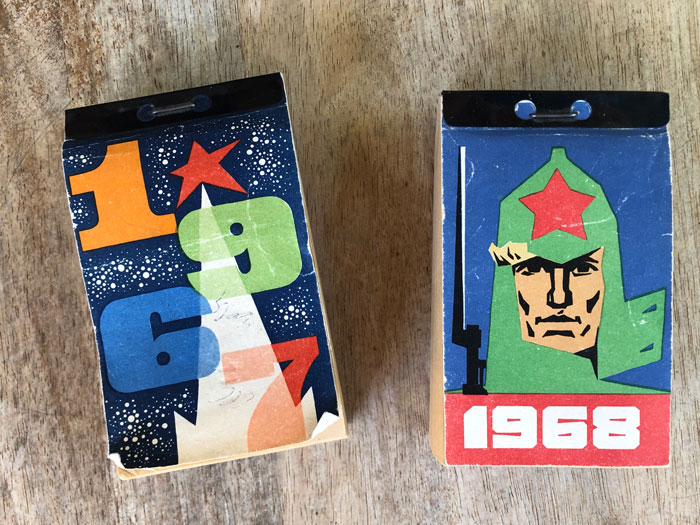 My Russian grandmother had these Soviet calendars from the 1960s. I was fascinated with them when I was a small child and studied them almost every time I visited. The calendars have 365 pages, one for every day of the year. I don't read Russian but I can understand what most of the pages are about from the illustrations: profiles of Soviet heroes, chess problems, cartoons, boasts about the Soviet space program, and other nuggets of pro-Soviet propaganda. I now realize the bold red and black graphics had a big influence on my design aesthetic. I also love the cheap newsprint and the way they are bound with big staples. Maybe one day I will self publish a book using this kind of paper and binding method. When my grandmother died at the age of 107, I inherited a few of the calendars and they are some of my most prized possessions. I looked on eBay to see if I could pick up the calendars from other years, but I couldn't find anything like them!