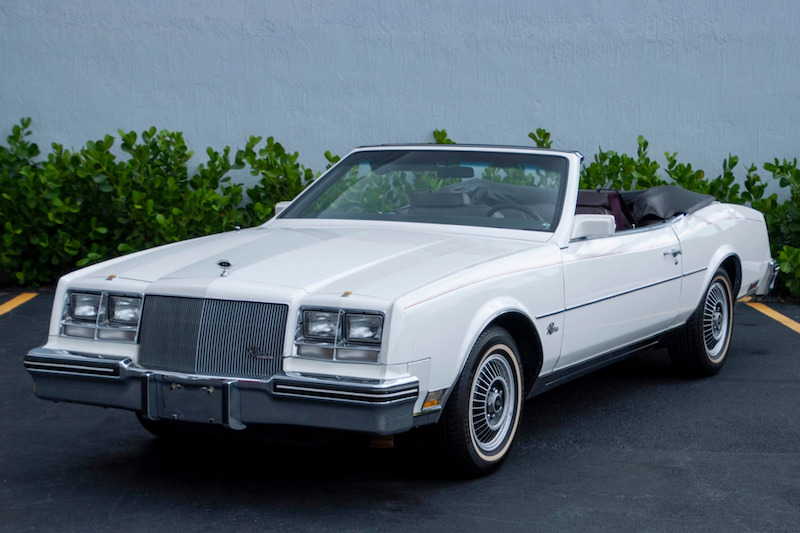 Rarely is there a convertible I do not want to drive; the 1985 Buick Riviera is one of them.

I can only assume the addition of the turbocharger was a hail Mary?

Buick produced 400 Riviera convertibles for 1985, after which the model was discontinued. This example’s exterior is finished in white with red pinstriping, inlaid Riviera trim on the taillights, and a luggage rack. The seller notes that paintwork appears to have been performed on the passenger-side door. The white convertible top is shown in the photo gallery below along with a black boot cover.