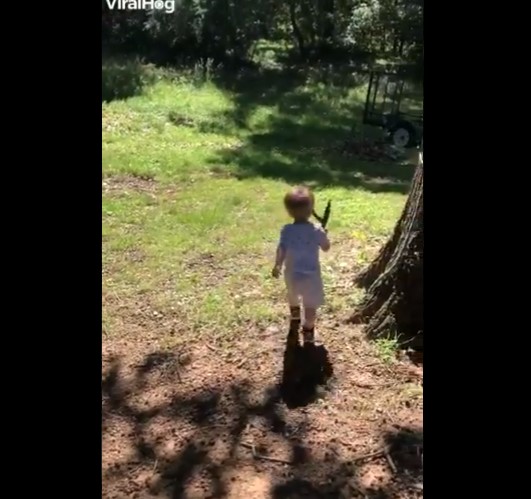 YIKES! This video starts off wholesome enough, just a little boy named Asher learning to play fetch with the family dog. But then he picks up a big ol' SNAKE instead of a stick! Thankfully, no one was hurt, not even the snake.

I bet he thought it was stick to throw for the dog. 😳🐍🐕#viralhog #unexpected #snakes pic.twitter.com/uXLjzPItm2