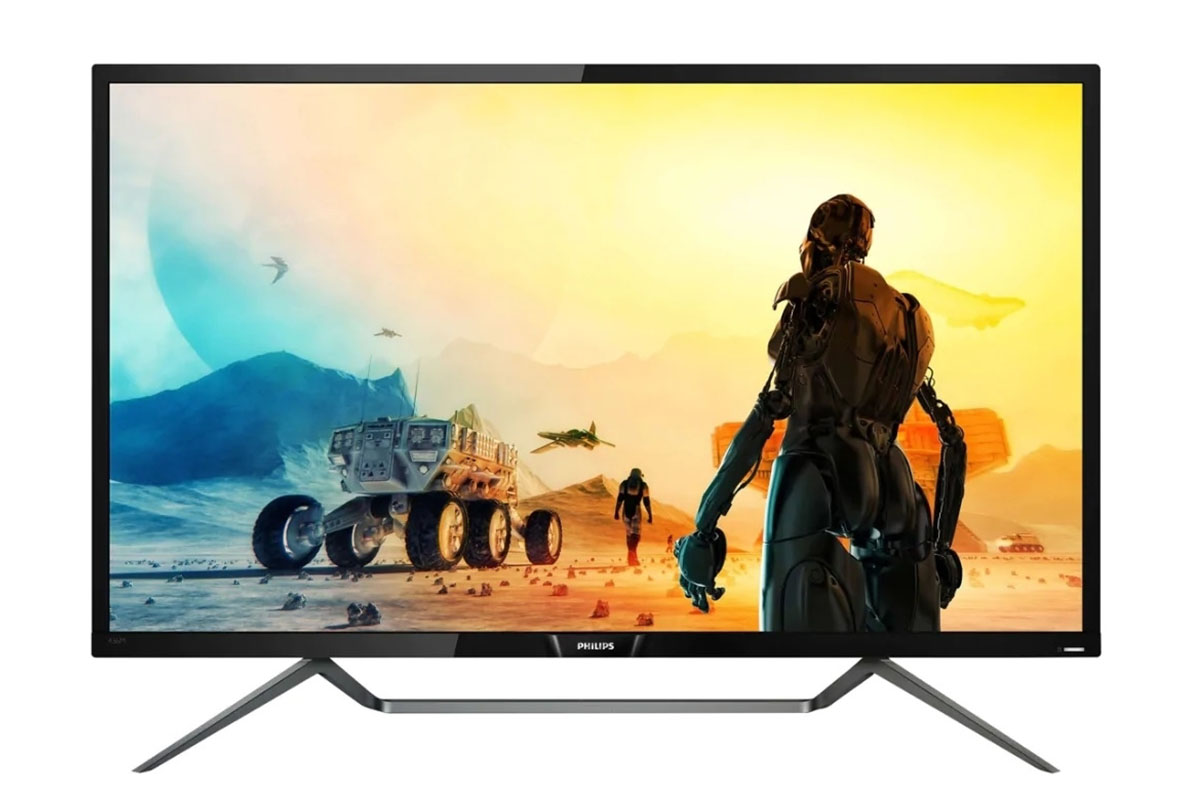 This is truly a golden age for fans of a big ginormous TV screen. Not too long ago, to buy a television over 40 inches usually meant wheeling one of those massive Mitsubishi or Toshiba projection monoliths into your home, consuming a vast portion of any room at a cost of potentially $7,000 to $8,000.

It's not often that technology advances actually make it cheaper for consumers, but the advent of thin high-performance LED screens has slashed thousands off the prices of top-end TVs, offering any household the opportunity to up their tech game at a relatively modest cost.

Case in point, a generous display like this Philips Momentum 43-inch LED 4K UHD Monitor would have been a $3K-$5K proposition in 1999. But now, Philips is offering one of their certified refurbished models for an eye-catching $519.99, a nearly $500 savings.

As a living room television or a tricked-out computer monitor, the Momentum display with HDR and immersive Ambiglow lighting serves up a truly immersive entertainment experience.

The UltraClear 4K UHD (3840 x 2160) display offers extremely detailed images and the DisplayHDR 1000 specs along with the on-board Quantum Dot technology assures brilliant brightness, contrast, and colors to better reproduce the dynamic natural palette of colors in the picture. Blues are bluer, greens are greener and reds are redder than ever before.

This monitor also comes with Philips' Ambiglow feature, which analyzes the incoming image content and continuously adapts the color and brightness of the emitted light to match the image.

Meanwhile, the Momentum also keeps multitaskers happy with Multiview, allowing users to actively connect multiple devices like a PC, a notebook, or a cable box side-by-side and use them simultaneously. That allows viewers to watch the news or live sports on one side while you surf the web on your laptop on the other side.

As a certified refurbished product, Philips guarantees your set has been fully tested and certified to look and work just like new. Their technicians conduct functionality tests, do basic cleaning and inspection before your set is repackaged with all relevant accessories and a minimum 90-day warranty.

Already discounted from $999.99 down to just $649.99, you can also take an added 20 percent off with this July 4th checkout code. By entering JULYFOURTH20 during purchase, you can cut your final take-home price down to only $519.99.