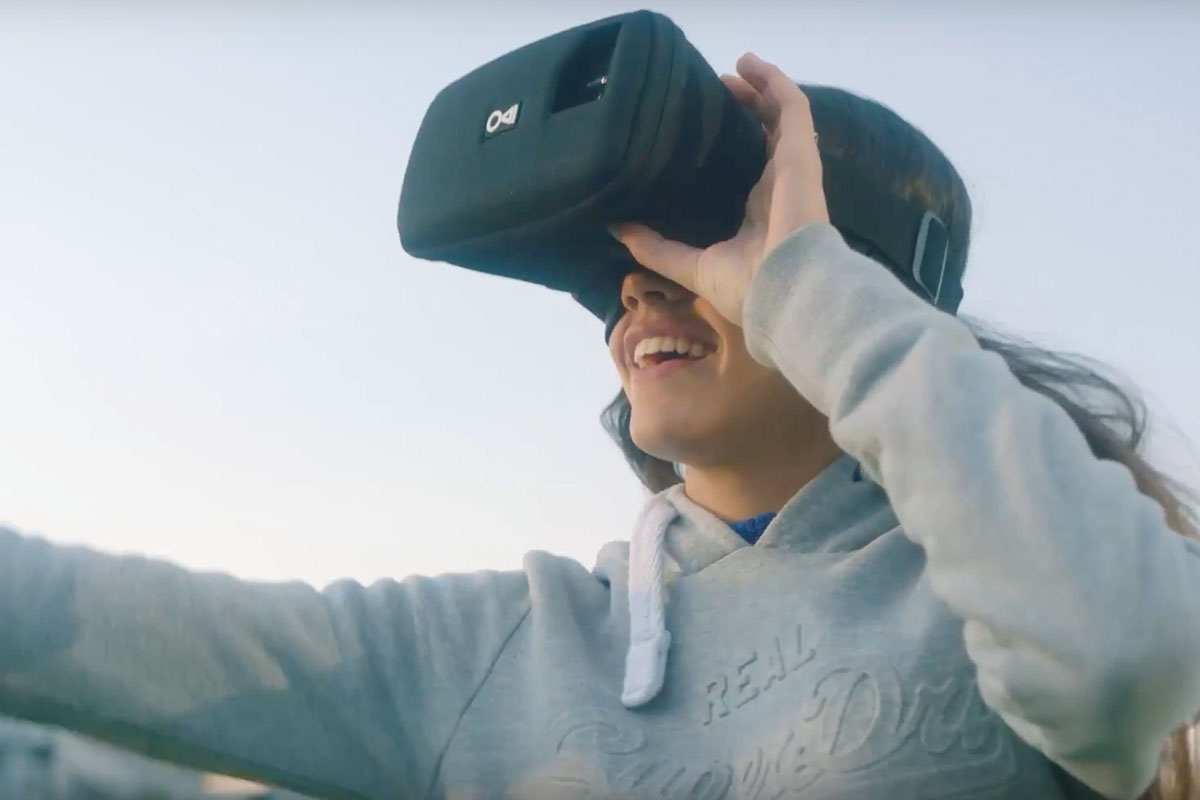 You could actually watch a Tyrannosaurus Rex walk down your street right now. And no, this isn't the latest Jurassic Park sequel.

Of course, it isn't real either, just a Google recreation of some pretty realistic looking dinosaurs transplanted right into any environment around you courtesy of augmented reality. Yet it's just another example of how cool artists and entrepreneurs are expanding the universe of AR, from prehistoric creatures to deciding if that Amazon chair fits in with your living room decor or not.

But since seeing AR on a tiny handheld smartphone screen can only be so awe-inspiring, the folks behind MagiMask have taken the AR headset idea to the next level with their current MagiMask and MagiTools collection.

Just slip your smartphone inside, put it on and the MagiMask becomes an immersive, high resolution augmented reality headset with some definite edge over previous AR and VR headwear.

Unlike old-school versions that used a split-screen stereotopic technology that produced generally low-fi images, the Kickstarter-backed MagiMask uses a new lens technology that offers up the first full screen, high definition AR experience that's up to four times sharper than the old method.

In addition to viewing literally hundreds of amazing VR displays from apps like Sketchfab, Augment, Kubity, IKEA, Alone, Holo and more, you can also just use it to sink into any regular video in an immersive wraparound way from everyone from Netflix and Disney to Amazon Prime and YouTube.

On top of that core upgrade in AR presentation, MagiMask is also offering their set of MagiTools, capable of stabilizing the tracking to make virtual objects that you can walk around, explore or even hold in your hand.

When you layout the MagiTile on a table or flat surface or hold the MagiDice or MagiKard in your hand, the headset locks on that object, better orienting the virtual image so you can more closely examine it in minute detail without the jumping and destabilization of previous AR versions.

WIRED called the MagiMask "augmented reality on smartphones like you've never seen it before" — so now's the time to check it out with this all-in package. You get the MagiMask headset and the complete MagiTools kit for $40 off the regular price, only $89.95.