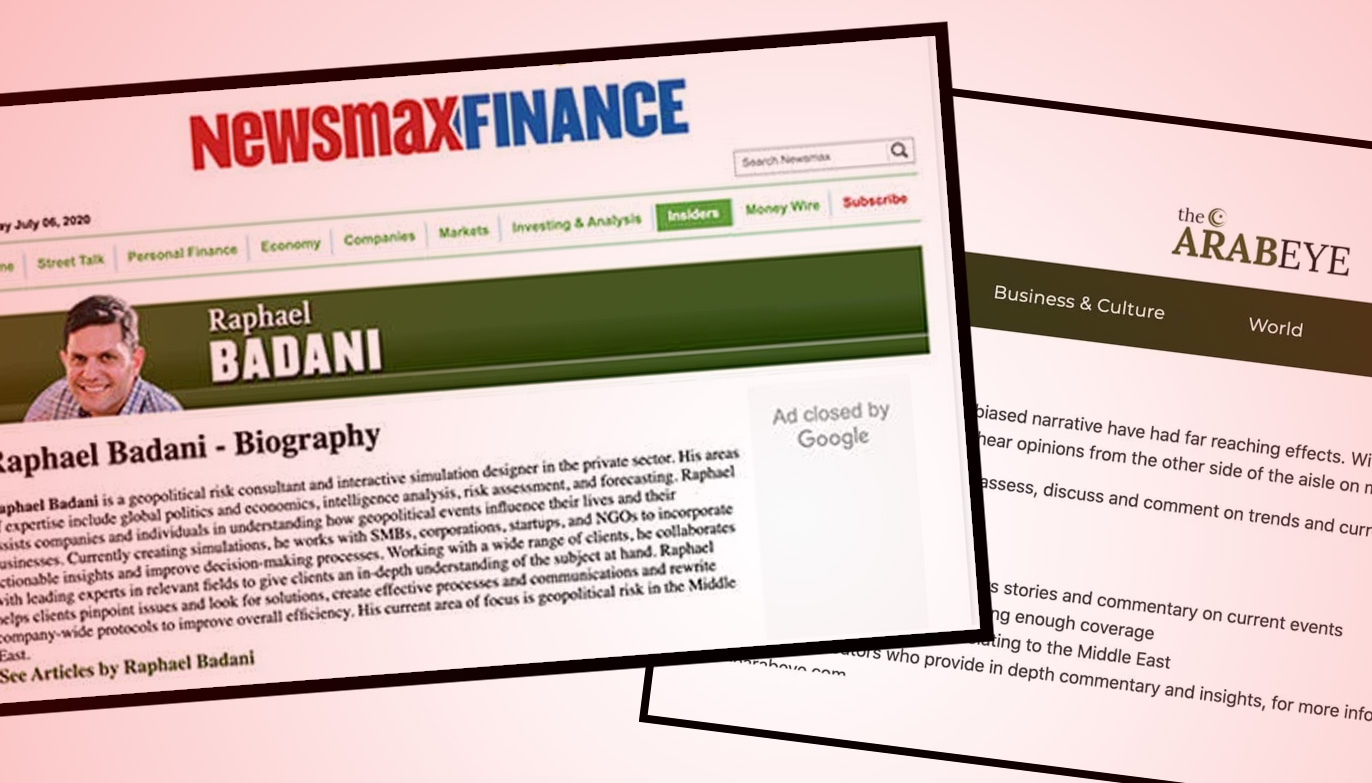 A string of articles posted at conservative media outlets were exposed last night as the work of an influence network of fake personas, reports Adam Rawnsley at The Daily Beast. Some 90 items under 17 fictional bylines, some using photos of real peoples, were placed at sites including the Washington Examiner, Newsmax, RealClearPolitics and elsewhere.

On Monday, Twitter suspended Badani’s account along with 15 others after The Daily Beast shared the results of its investigation into the network for violating the company’s “policies on platform manipulation and spam.”... “This vast influence operation highlights the ease with which malicious actors can exploit the identity of real people, dupe international news outlets, and have propaganda of unknown provenance legitimized through reputable media,” Marc Owen Jones, an assistant professor at Hamad Bin Khalifa University in Qatar who first noticed suspicious posts by members of the network, told The Daily Beast. “It’s not just fake news we need to be wary of, but fake journalists.”

Excellent work by the Beast. It uncovered a sprawling influence network of fake personas, fake social media accounts and even fake foreign news sites all crafted to sucker U.S. right wing media into publishing it. None of them, or their readers, would be any the wiser were it not for this expose.

The best part is the use of AI-generated avatars, though the network appears to have unraveled in part because one of the personas used the photo of San Diego startup founder.

A high-resolution profile photo of the Joseph Labba persona, posted for an article at The Post Millennial, shows some of the telltale glitches commonly found in AI-generated faces. The left ear is oddly smooth without any ear lobe creases. Middlebury Institute of International Studies research associate Sam Meyer reviewed the photo of Labba using imagery analysis software and also noticed he appears to have three misfit teeth in his mouth where there should be four.

Here's "Joseph Labba", a contributor at The Post Millennial. Count those pearly whites.