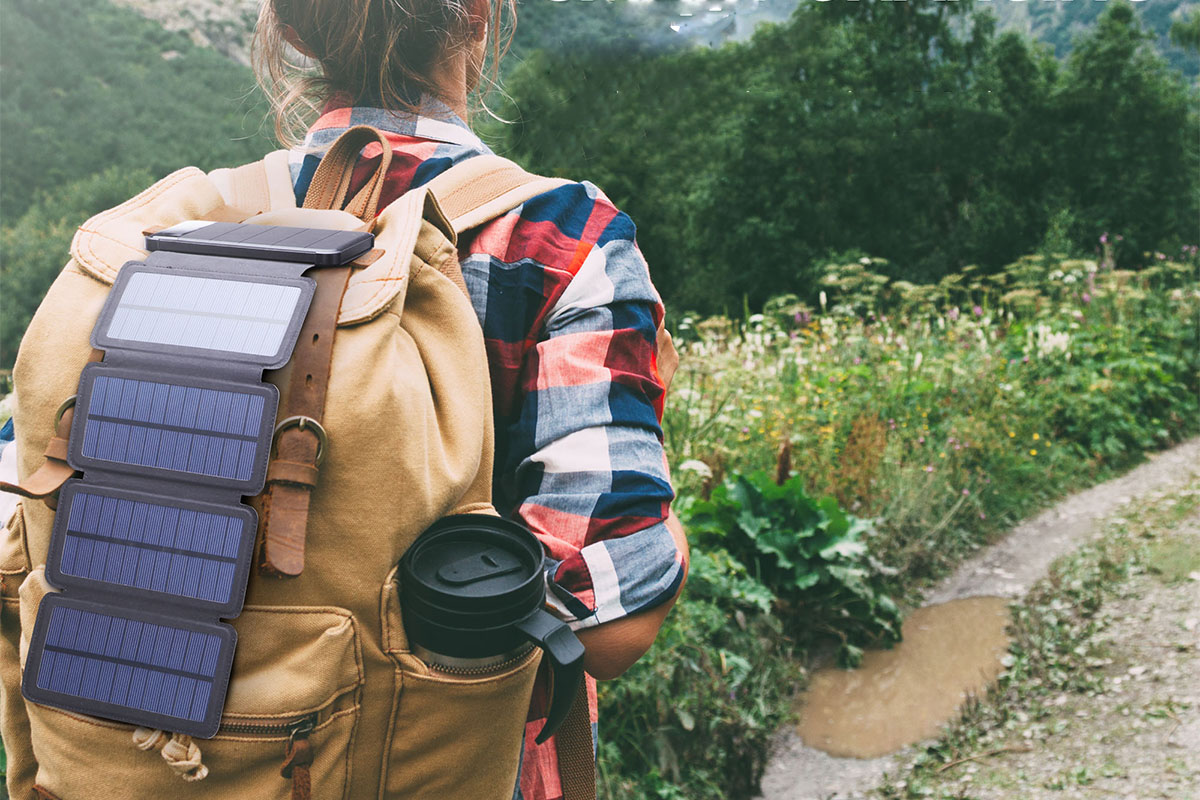 With our smartphones serving as the vital tether that links us to the rest of our lives, it's no wonder how low batteries and power emergencies can occasionally feel like a life-and-death situation. I mean, it's usually not, of course…but darned if it doesn't feel that way when your indicator is showing only 5 percent battery life left.

Power banks are a huge help in making sure you don't run out of juice…but how often do you remember to charge up the power bank? And after leaving one in your backpack or glove box for months, is it going to be ready when you need that all-important boost?

With the iBose Foldable Solar Power Charger and 10,000mAh Power Bank, you won't have to worry about that — because the solar panels can charge you up and get your phone or other devices back in the game in minutes.

This compact charger folds up to just about this size of the standard smartphone when it's not in use. But whether you're somewhere without an outlet or deep in the outside world and away from civilization, this monocrystalline array of four solar panels opens up for optimal solar power absorption and maximum efficiency.

All the sun's rays pour right into the huge 10,000mAh Li-Polymer battery, with enough power to get your smartphone, tablet, and all your other USB-charged devices back to full strength quickly. The unit also features Smart IC technology, which automatically identifies your device and its charging speed to prevent any overcharging or short circuits.

And just in case of any non-power related emergencies, the battery also sports its own LED light, capable of three different lighting modes, including an SOS pattern.