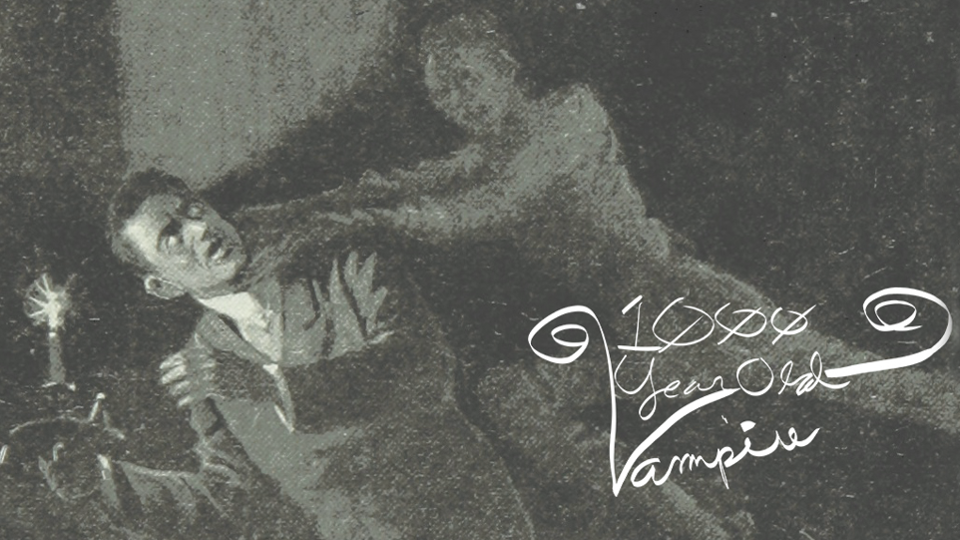 It is amazing to see some of the quality and ingenuity coming out of the indie roleplaying game community these days. Innovative ideas are bankrolled by crowdfunding campaigns and turned into beautiful books, games, and miniatures. Some of these efforts are truly unique and inspired.

Such is the case with Tim Hutchings' Thousand Year Old Vampire. Just as a piece of book art, this $45 book is something to behold ($10 PDFs are also available). It is absolutely gorgeous.

Thousand Year Old Vampire is a solo roleplaying game. It is basically an exercise in dreaming up a vampire character and then imagining and journaling their transition from mortal to immortal, their likely long, ugly, and undead existence, and their inevitable demise.

This is a very rules-light game. The skills your character uses? I spent several minutes trying to find the Skills list in the book. There isn't one. You make up the skills your vampire possess. And what resources they have. And who their friends are. And who the immortal is who turned them. You even get to dream up your vampire's Mark which is something that betrays their true nature (a wound that never heals, glowing red eyes, a nimbus of gloom that surrounds their head, etc.) that must be concealed from mortals.

The main engine of the game is a series of Prompts that you have to resolve. You navigate these by rolling dice (1d10 and 1d6) to see which prompt you have to resolve. There are three prompts on each page of the Prompts section. If you've already encountered the first prompt, you resolve the second, and then the third. There are 80 pages of prompts and also 135 additional/alternative prompts in the appendices, so there is a lot of replayability here.

Your vampire is finally destroyed if s/he has no more skills or resources left or a prompt delivers the sad(?) news that s/he has been destroyed.

The main theme of TYOV is memory and loss. It does a very impressive job of creating a solo theater of the mind in which you really feel the struggles of a monstrous character struggling to survive, year after year, decade after decade, century upon century. The rules only allow you to hold 5 memories at a time (composed of three experiences each). You, er... I mean your vampire, loses memories over time so as to acquire new knowledge and experiences in their efforts to cope with an ever-changing world around you... er... them.

Playing TYOV is a surprisingly immersive and intense experience. Anyone who's created and played an RPG character knows how alive that character can become, how engaged you can be with it. You can start to see the world through their eyes, dream about them, dream as them, and you may mourn a little when they die. But there is an intimacy and mentality to TYOV, not to mention the horrific predatory nature of the subject-matter, that makes this game particularly psychologically potent and taxing. There's a trigger warning in the beginning about how unsettling all this may become and even a graphic in the back for you to chart your emotional reactions to help keep your mental health in check as you play. This is definitely a game for mentally healthy people only.

Besides this being a fun solo and imaginative RPG, the exercise of developing and playing through a character in Thousand Year Old Vampire would be a great way of developing a vampire character for a novel or one to play in a group RPG, like Vampire: The Masquerade.

Now, if you'll excuse me, Giodorno, my 16th century occult-dabbling monk who got turned by a street urchin he took in out of pity, needs to feed. Anyone know of a good place in 19th century New York City to grab a bite of "fast food?"

Here is a good video review of TYOV.