The screaming no-masker was fired from his job 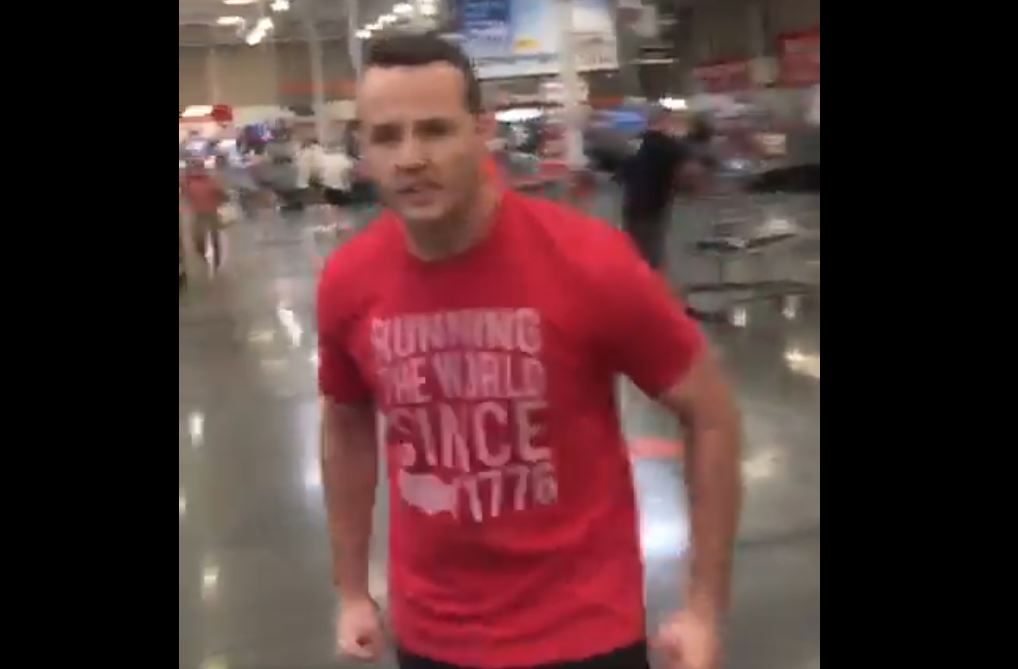 Yesterday, Rob posted about a man in a Florida Costco who refused to wear a face mask and screamed and charged at a person who complained. I feel threatened!" he yelled, even though the man filming him was nowhere near him. He also screamed "Back up! Back the fuck up and put your fucking phone down!" as he charged toward the man.

The hollering gentleman has now been identified as Daniel Maples. Until yesterday he was employed by Ted Todd Insurance. His bio page on the company website said Maples "is currently the highest-producing sales agent in the company… Likes: Hot yoga, traveling, cooking and mentoring others."

By midday Tuesday, Maples' bio had been pulled from the site and the agency released a statement: It had fired Maples.

Law enforcement was not involved in the incident.

"Thank you to everyone for their comments and messages raising awareness about a former employee at Ted Todd Insurance," the statement from Charley Todd said. "Their behavior in the video is in direct conflict with our company values and their employment has been terminated. Threatening behavior and intimidation go against our core mission to be trusted advisors in our community. We are also committed to immediately reviewing our internal existing culture at TTI."

The Georgia high school that suspended two students for posting a video of the school's crowded halls has shut down due to coronavirus infections. Nine people at North Paulding High School (6 students, 3 staff members) have tested positive, and attended school "for at least some time" last week, according to Principal Gabe Carmona. Now […]

Trump and Junior are urging their social media followers to heed the Covid-19 advice of Dr. Stella Immanuel, a Houston pediatrician who has determined that many diseases are caused by sex with demons and/or alien DNA. The Daily Beast reported that Dr. Immanuel "praises hydroxychloroquine and says that face masks aren't necessary to stop transmission of […]