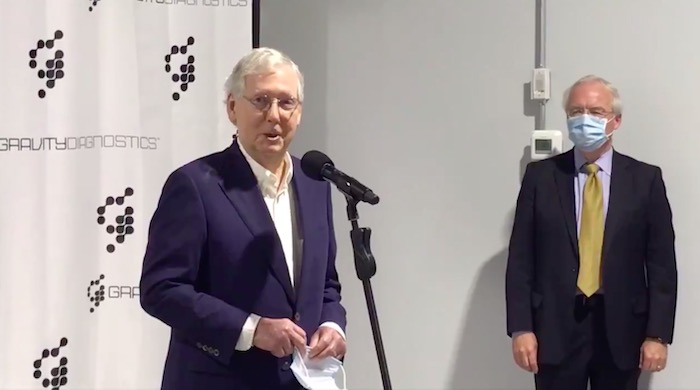 According to HuffPost, McConnell, who is 78 years old, is running with the coronavirus excuse, which is fair enough. The convention was foolishly booked in Jacksonville, Florida, a state that "has emerged as a new world epicenter for the disease, breaking daily records in infections and hospitalizations," as HuffPost puts it. Florida is where 56 intensive care units across the state are at full capacity, according to CNN, and where 119 people died today — so far — from Covid-19.