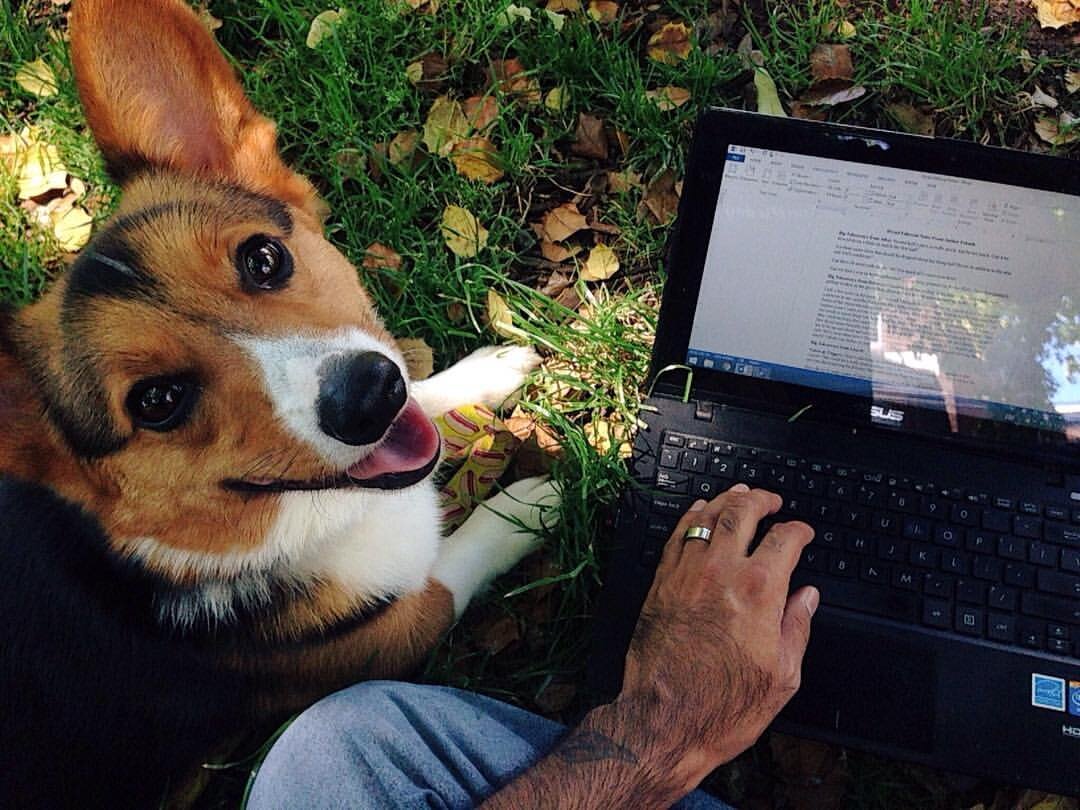 I've known Literary Agent/author Eric Smith as an editor and friend for about a decade now; I even wrote a review of his most recent novel, the delightful Don't Read the Comments, right here on BoingBoing.

Sadly, Smith recently had to put down his beloved corgi, Augie, after five and a half sweet years together. And while losing a dog is always hard, Smith penned a beautiful tribute to his short-legged companion — in the form of writing advice. It begins thus:

When it comes to crafting the perfect story, advice tends to be fairly subjective. What might work for some writers, won’t necessarily work for others.

But these specific rules… they worked for me.

First and foremost, at the very start of your story, you want to make the introduction of your character memorable. After-all, the beginning sets the tone for the entire narrative. Readers are going to remember two major things when they walk away. The beginning and the end. And we’ll revisit this idea later.

Basically, you should find a way to surprise us.

Yes, that video is part of it. So you get the idea. It continues like that, all the way through the end of the storytelling process. The final result is not only a clear and succinct collection of good advice for good storytelling, but also an absolutely tear-jerking tribute to who was clearly a very sweet pup who lived a life full of love.

If you love dogs, or storytelling, or crying, or any combination thereof, I suggest you read it. BYO Tissues.

A Guide To Writing The Perfect Story [Eric Smith]