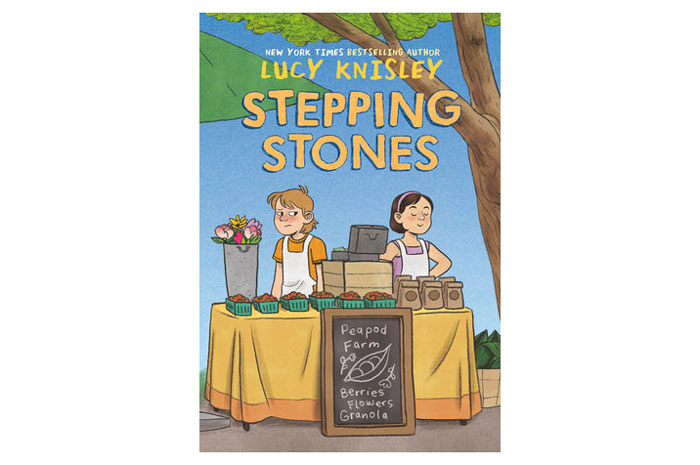 Lucy Knisley is one of my favorite cartoonists (here are past posts about Lucy). She's written a number of excellent autobiographical comix, and her newest work is a graphic novel memoir for young adults called Stepping Stones. Cory Doctorow reviewed it on his blog, Pluralistic:

Graphic novelist Lucy Knisley's memoirs are classics of the field – drawn with the straightforward lines and character designs of Raina Telgemeier, told with the wrenching pathos, nuance, comedy and complexity of Lynda Barry.

In Stepping Stones, her first foray into YA literature, Knisley fictionalizes her own girlhood, when, following her parents' divorce, she and her mother moved from NYC to a remote farm, accompanied by her mother's tone-deaf, bossy boyfriend.

Jack Chick (1924 – 2016) was a cartoonist and the publisher of a series of small-format fundamentalist Christian comic books, which he called "Chick Tracts." The stories typically focused on a non-Christian who willingly or unwillingly rejected Chick's brand of hateful, conspiracy-obsessed religion and ended up going to Hell, where he was received by a […]

When I'm not writing here on BoingBoing (or anywhere else, for that matter), I also play guitar and sing in a rock band called The Roland High Life. Today we announced our new record, Songs About Comic Books and Mid-30s Malaise, and released the first single, which is kind of a Cars / Green Day mashup […]