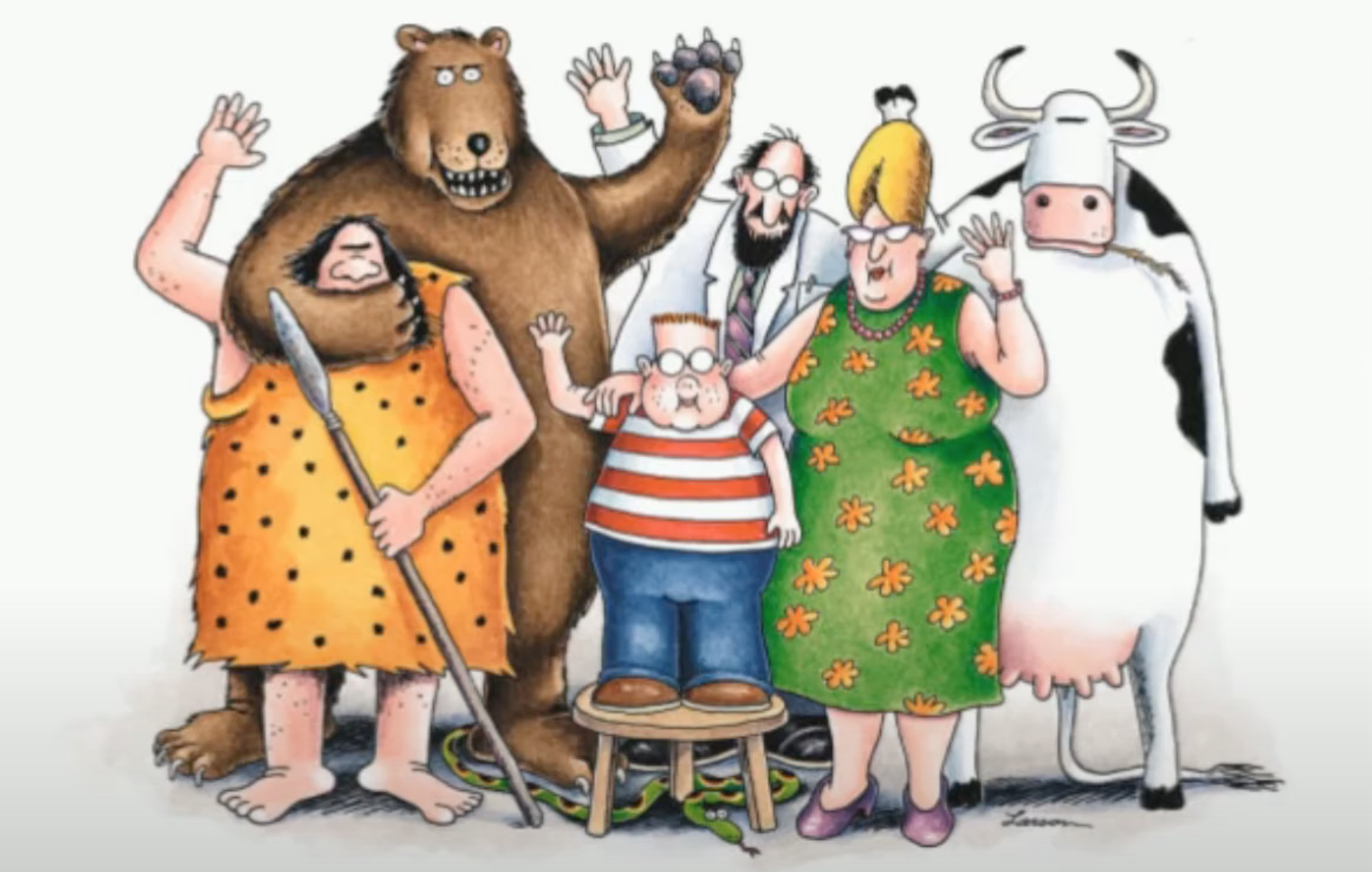 I don’t want to mislead anyone here. This corner of the website—“New Stuff”—is not a resurrection of The Far Side daily cartoons. (Well, not exactly, anyway—like the proverbial tiger and its stripes, I’m pretty much stuck with my sense of humor. Aren’t we all?) The thing is, I thoroughly enjoyed my career as a syndicated cartoonist, and I hope, in spirit at least, we had some laughs together. But after fifteen years of meeting deadlines, well, blah blah blah … you know the rest. The day after I retired from syndication, it felt good not to draw on a deadline. And after moving on to other interests, drawing just wasn’t on my to-do list.

The “New Stuff” that you’ll see here is the result of my journey into the world of digital art. Believe me, this has been a bit of a learning curve for me. I hail from a world of pen and ink, and suddenly I was feeling like I was sitting at the controls of a 747. (True, I don’t get out much.) But as overwhelmed as I was, there was still something familiar there—a sense of adventure. That had always been at the core of what I enjoyed most when I was drawing The Far Side, that sense of exploring, reaching for something, taking some risks, sometimes hitting a home run and sometimes coming up with “Cow tools.” (Let’s not get into that.) But as a jazz teacher once said to me about improvisation, “You want to try and take people somewhere where they might not have been before.” I think that my approach to cartooning was similar—I’m just not sure if even I knew where I was going. But I was having fun.

So if you're ready, enter as if you're going through the door of...