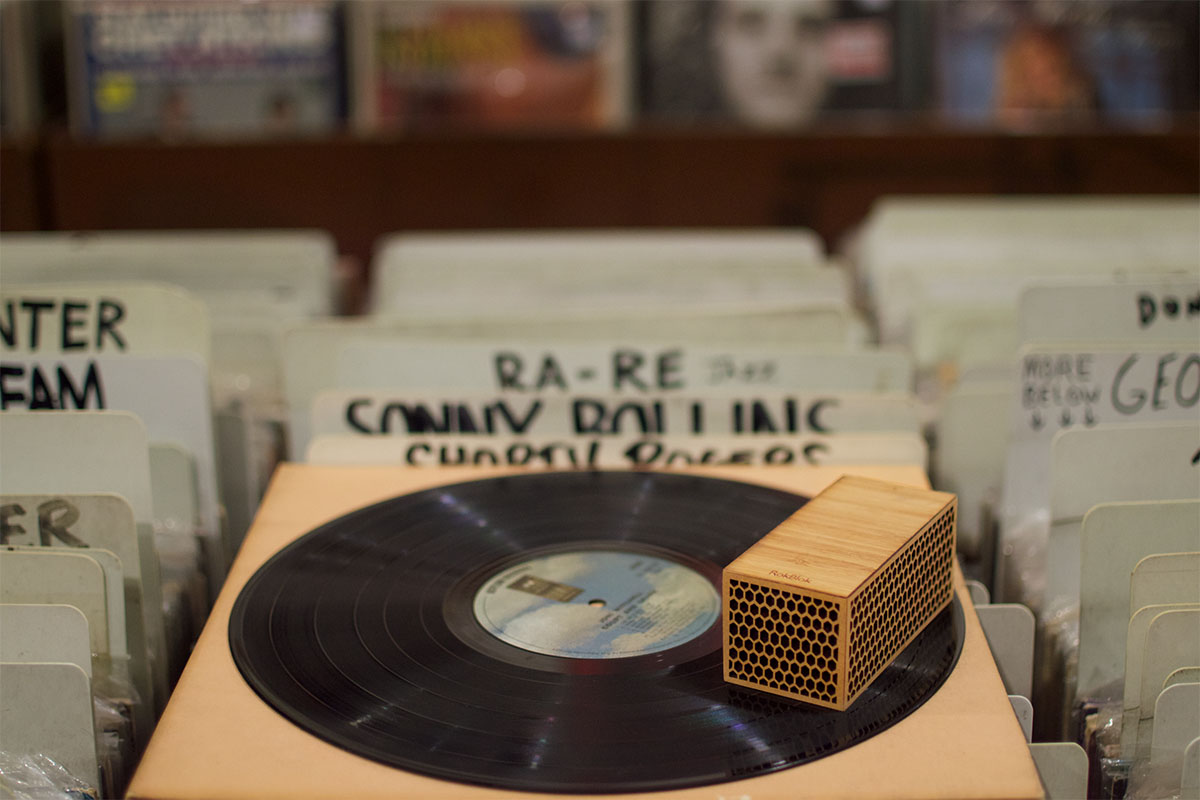 If you’re a fan of ABC’s entrepreneurial feeding frenzy “Shark Tank,” then you know complete buyout offers from the expert Sharks don’t happen all that often.

But back in 2017, that’s exactly what happened when inventor Logan Riley debuted his instantly eye-catching creation the RokBlok to the agog Sharks.

Part of the reason that happened is because even the untrained observer will register it’s a brilliant idea at first glance. It also has the benefit of being insanely cute and working like a demon. But don’t take our word for it...watch the video below to see the RokBlok, the world’s smallest wireless record player in action to understand why you’re going to need to have one of these instantly.

At just over 4 inches long and only 2 inches wide, the RokBlok clearly earns its world’s smallest distinction, obviously, a heck of a lot smaller than that monster turntable or wall-sized stereo setup your parents (or grandparents) rocked back in the day.

But with the RokBlok, all you’ve got to do is lay your LP or 45 RPM single on a flat surface, let the RokBlok on top of the vinyl and let ‘er go. The bamboo and circuitry bundled in this tight little package start spinning around your disk just like an old-style record player needle, reading the grooves in the wax and converting them to music from its tiny, yet mighty built-in speaker.

Of course, one 2 inch speaker may not do your music the full justice, which is why the RokBlok is also wireless and capable of connecting to any Bluetooth-enabled device like any speaker within a range of up to 30 feet to blow up your sound big time. With a battery that lasts over four hours, you’ll have more than enough juice to keep the tunes pumping all night.

It goes without saying that the RokBlok is insanely portable.

Usually $99, you can get a RokBlok now through this limited time offer for just $89.99.