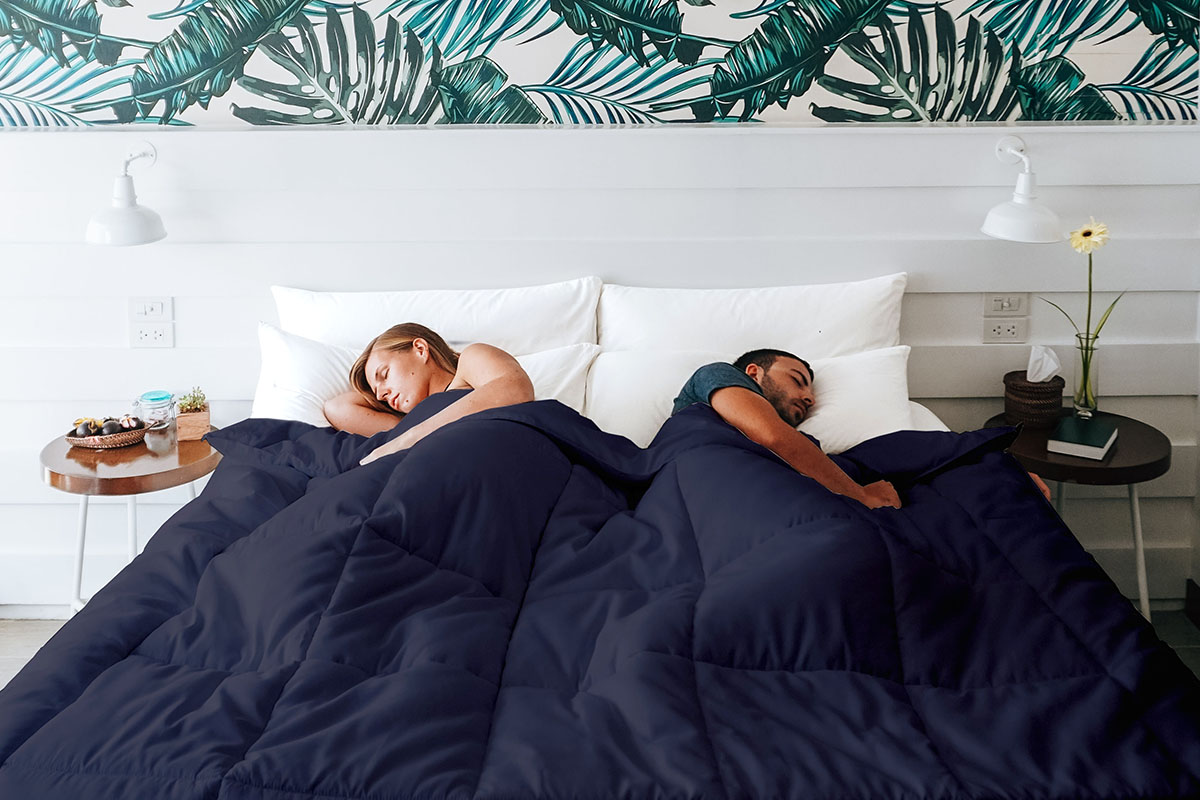 The notion of two people sleeping in the same bed always inspires romantic visions of love and intimacy. However, most quickly realize that the romance of sleeping together is often quickly replaced by the realities of the act.

One partner snores. The other talks in their sleep. One grinds their teeth. The other hogs the bed.

And of course, the big one. He’s always hot and she’s always cold. Finding a happy middle ground in the never-ending bed wars can start as a minor annoyance that legitimately grows into a serious relationship problem if it isn’t settled.

The Kömforte Dual Zone Comforter wants to be that happy medium that makes both partners happy.

The Kömforte tackles the “he’s hot, she’s cold” conundrum with probably the easiest solution possible: one half is cozy warm, while the other half is lighter and cooler. And it isn’t just psychosomatic here either. One side is filled with 150 grams of luxury microfiber, while the warmer side is packed with 300 grams.

It’s easy to feel the difference and just in case you confuse easily, both sides of this dual temperature duvet are clearly labeled so there’s no mistaking which side of the bed you’re on. The entire comforter is made from 300TC alternative down that’s not only fluffy and ridiculously comfortable, but also hypoallergenic.

The Swedish-inspired design should mesh well with any room decor, but since color always matters, you can choose from four different tones to match your particular bedroom vibe. You can pick up the king-sized model of the Kömforte Dual Zone Comforter for just $129.99, a $50 savings, in four different colors: navy, white, gray, and beige. And in case you’ve got a king-sized bed, you can step up for only $159.99.