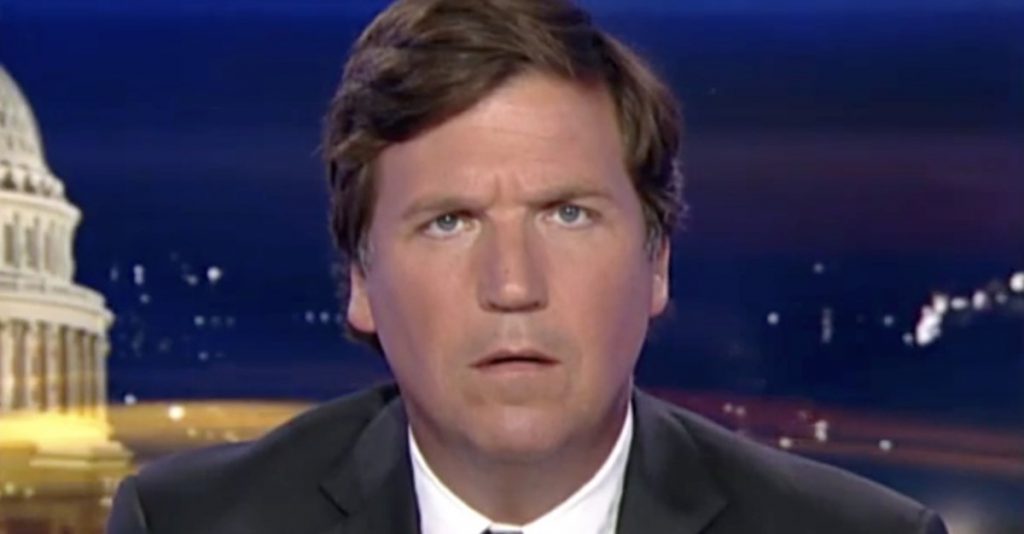 The man who writes what Tucker Carlson says was exposed this weekend as a psuedonymous online troll notorious for racist remarks and sexist harassment. CNN business sleuthed him out.

Just this week, the writer, Blake Neff, responded to a thread started by another user in 2018 with the subject line, "Would u let a JET BLACK congo n****er do lasik eye surgery on u for 50% off?" Neff wrote, "I wouldn't get LASIK from an Asian for free, so no." (The subject line was not censored on the forum.) On June 5, Neff wrote, "Black doods staying inside playing Call of Duty is probably one of the biggest factors keeping crime down." On June 24, Neff commented, "Honestly given how tired black people always claim to be, maybe the real crisis is their lack of sleep." On June 26, Neff wrote that the only people who care about changing the name of the NFL's Washington Redskins are "white libs and their university-'educated' pets."

And over the course of five years, Neff has maintained a lengthy thread in which he has derided a woman and posted information about her dating life that has invited other users to mock her and invade her privacy. There has at times also been overlap between some material he posted or saw on the forum and Carlson's show.

Even in the extremism of his white nationalist sentiments, Tucker is relatively cautious and measured. In his bow-tied days he was more openly bigoted. Though cut from the same cloth in terms of their feelings about women and minorities, these two men are worlds apart in one respect: Neff is a fungible content drone with no charisma, whereas Carlson is a powerful and increasingly orange cable TV star.

This is Blake Neff, the head writer for @TuckerCarlson's show who was forced to resign today after years of posting vile racist comments under a pseudonym "CharlesXII" (a nod to a celibate king of Sweden) and cyber-stalking women. pic.twitter.com/tEgLwVeJCN

• POTUS says federal government will resubmit papers on DACA • 'FOX IS TERRIBLE!' • He's feeling weak and vulnerable, and he's lashing out against Fox News. In a series of crazy-ass tweets on Friday morning, impeached and obviously unfit U.S. president Donald J. Trump says he will renew his effort to end legal protections […]