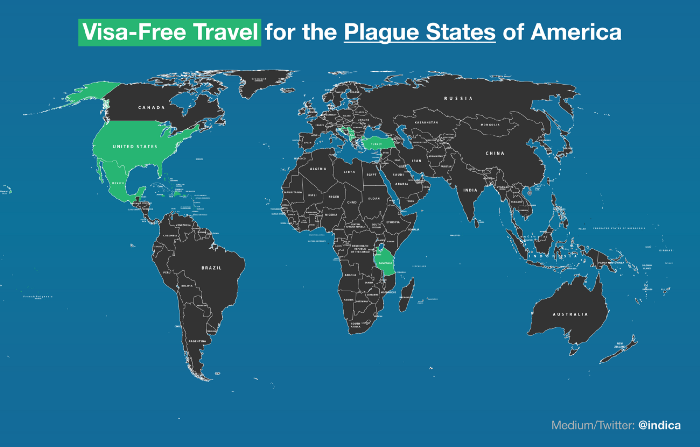 The most reliable projections are saying 200,000 dead and 50 million infected by election day in November. Even these projections struggle to account for completely irrational federal actions like denigrating masks, pushing to reopen early, and pushing students back into schools. This is not the absence of public health, this is its opposite.

It is, in effect, governance by COVID-19. Not a failed state. A plague state.
Even after election day, Donald Trump will still be in power for nearly 3 months, until January 20th. Besides impeaching a dead-duck President, there’s nothing America can do but wait, while COVID-19 grows ever stronger. Grows completely out of control. In a pandemic, days matter, hours matter. A year is entirely too late.