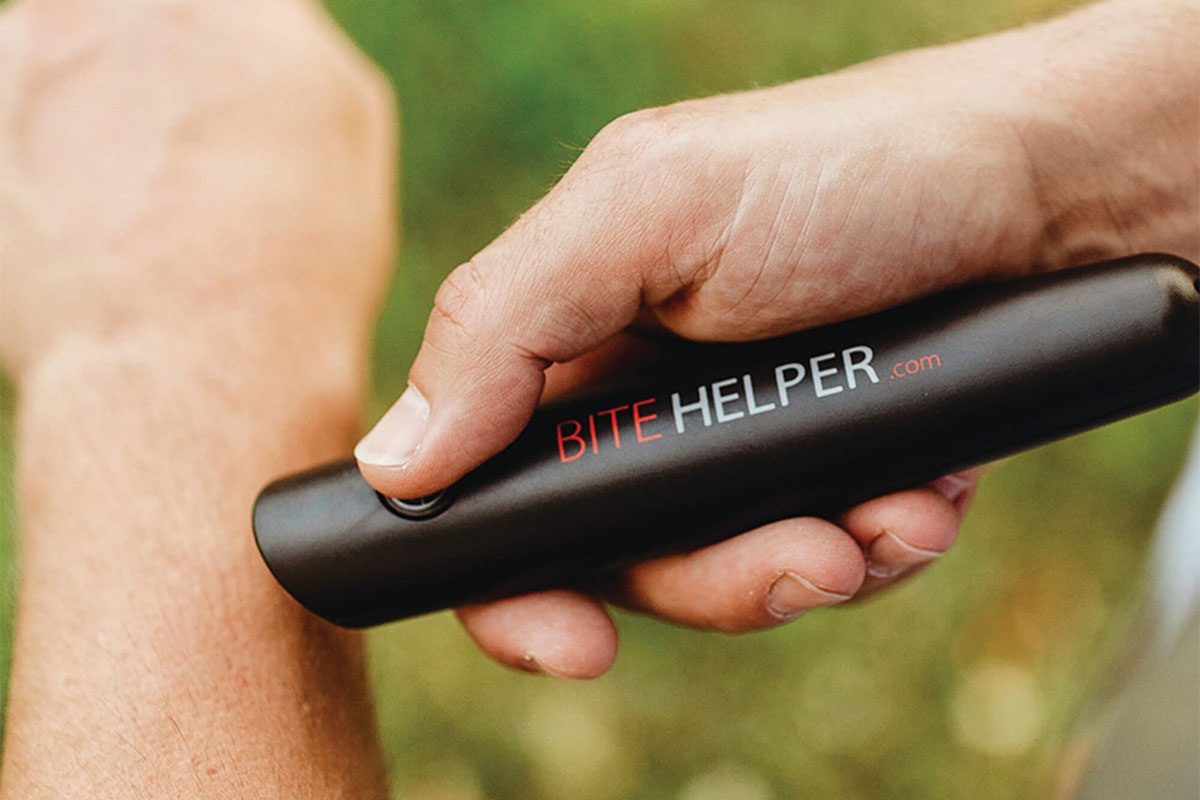 While mosquitoes have certainly earned their title as the deadliest animal on earth, their impact on most of our lives is usually a lot less consequential.

But even though they might not transmit a disease to you or seriously affect your life, being a blood donor for one of those insects is certainly an annoyance. In fact, pest control giant Terminix found that mosquito bites are a bigger nuisance to more people than backseat drivers, alarm clocks, people who interrupt, and even those who call you to respond to a text message.

Of course, after a bite is inflicted, the damage is done, right? Thankfully, the Bite Helper Itch Neutralizer is a new creation that just might have something to say about the lasting annoyance of a mosquito bite.

A CES Innovation Award winner, the Bite Helper actually gets under your skin to attack the itch, irritation and overall discomfort that comes from the mosquito's bite.

Bite Helper is about the size of a TV remote control, but packed inside are thermo-pulse emitters, capable of getting right to the heart of the bite. In just about 30 seconds, those thermo-pulses pound the affected area with heat and vibration, increasing the circulation and stimulating blood flow. That actually works to neutralize and soothe the itch in literally seconds.

The Bite Helper is completely drug and chemical-free, so it's 100 percent safe.

While mosquitoes are the most likely offenders, Bite Helper is actually designed to combat the itch and irritation caused by all kinds of insect stings and bites, including fleas, wasps, bees, and ants.

When repellents, creams, ointments, sprays, bracelets, and patches don't work, the Bite Helper is a convenient way to stop the annoying itch in its tracks. Regularly $39.99, you can save $8 off the price of the Bite Helper Itch Neutralizer with the current offer, now only $31.99.