If you're passionate about democracy, this Vote mask should be right up your alley 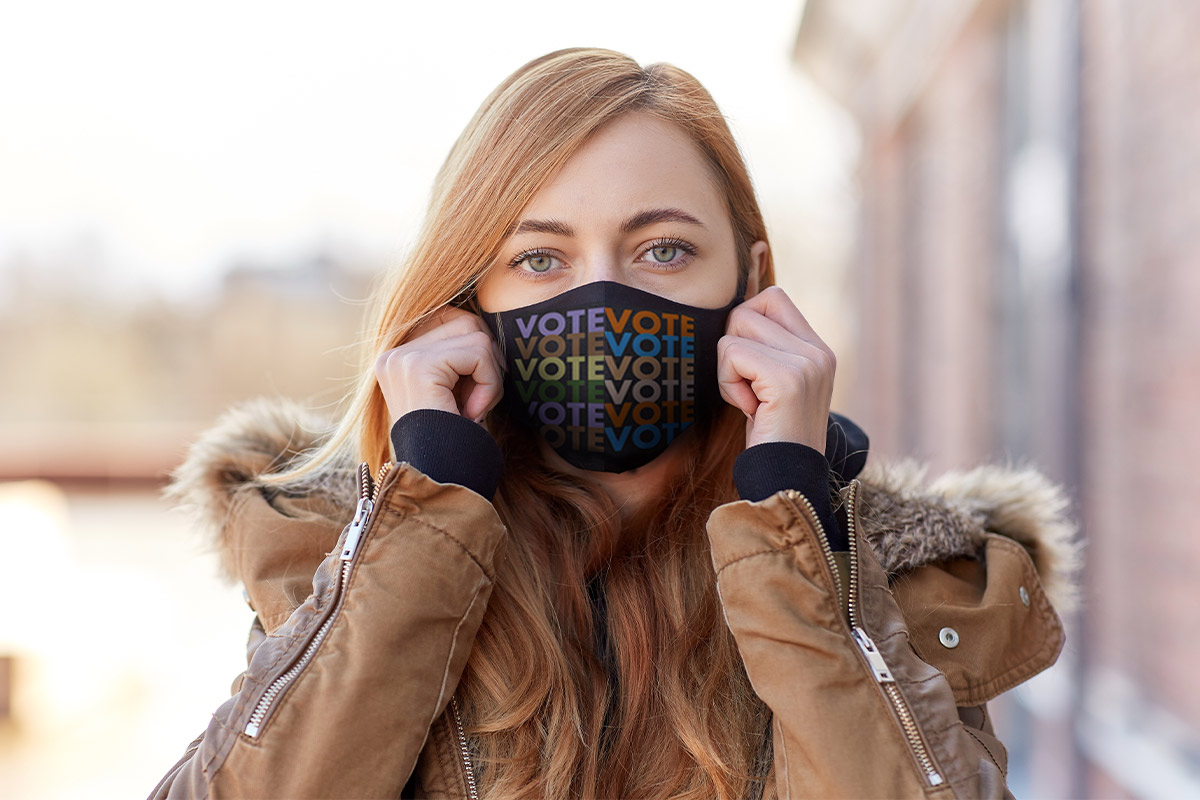 While we obviously don't ever want to lose sight of exactly why we're all wearing face coverings now in the first place, it's also impossible to ignore that masks have already started to evolve in the public consciousness.

The mask started as simply a means of combating infection. Then, it became an avenue of free expression, even causing no less a source than White House COVID-19 expert Dr. Deborah Birx to promote mask-wearing as a fashion statement.

Now, it's also jumping into the fray to promote another civic duty during these troubled times: voting.

No matter which side of the political schism you find yourself on, this Vote mask is a full-throated endorsement reminding everyone to take their rights as an American incredibly seriously.

Created by noted graphic designer Molly May McMahan, this mask makes its point abundantly clear in a bold, direct fashion. With Vote emblazoned across your face a dozen times, could anyone you meet in the outside world miss how you feel about participation in American democracy?

While this mask obviously draws attention for its message, don't forget the 100 percent cotton, double-layered, comfortably fitting mask serves a vital protection function throughout your day as well. Even the Centers for Disease Control and Prevention (CDC) recommend cloth masks that cover your nose and mouth as an effective means of not only protecting yourself from infection, but spreading potentially viral material to others.

Best of all, that protection also puts money where your mouth is…literally. From the purchase of every Vote mask, $2 will be donated to When We All Vote, a non-profit, nonpartisan organization working to increase voter registration in America.