More than 60 people shared their accounts of Warren Ellis. Their next steps are worth your time. 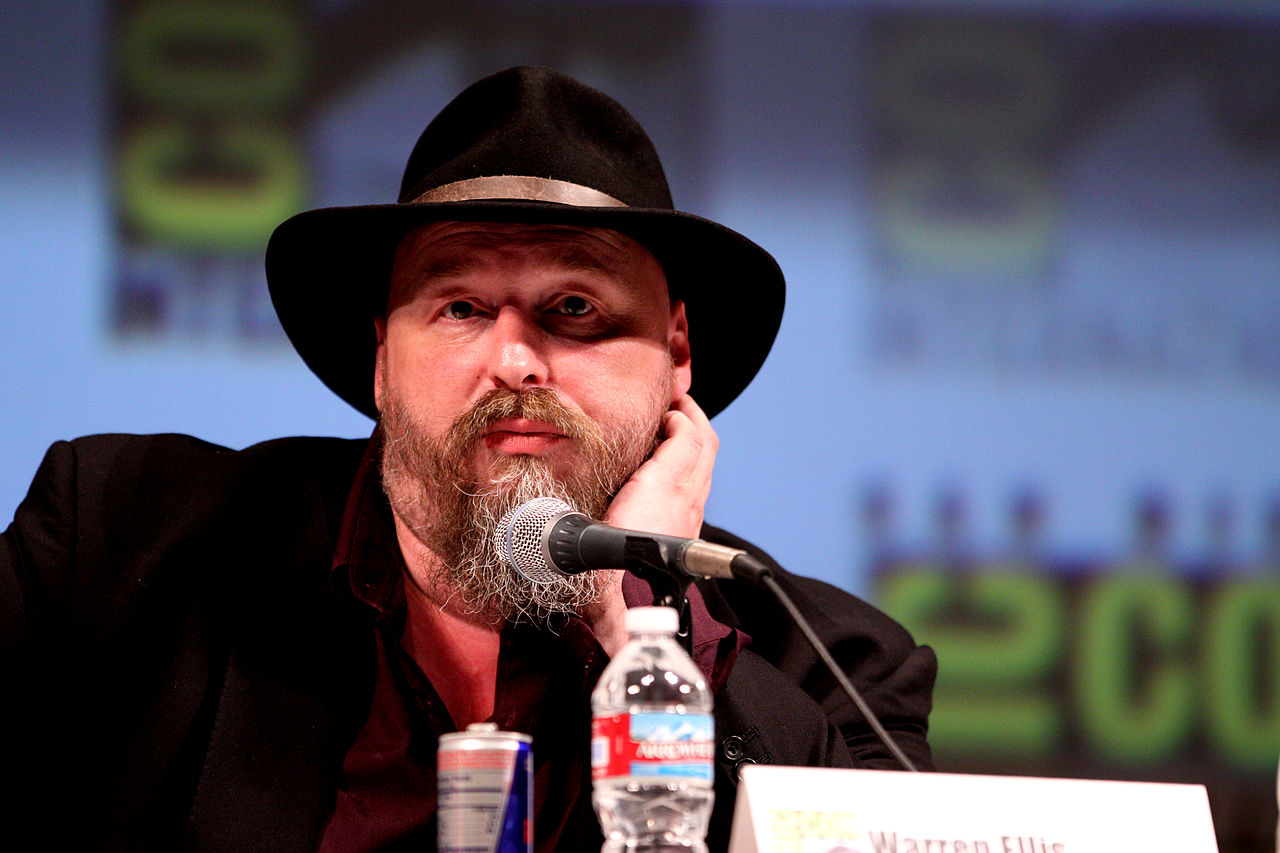 I've long been a fan of Warren Ellis's writing in comics, prose, essays, and on the internet in general; in particular, his work has taught me a lot about the values and strengths of subcultures, and the ugly behaviors of powerful men. Unfortunately, as we learned earlier this week, it turned out that Ellis was more familiar with those behaviors than he let on.

“Based on the account of these women, it appears [Ellis] was maintaining at least 19 relationships simultaneously at one point in 2009.”

I learned a lot about abuse of power through the work of Warren Ellis. I'm disappointed to finally understand why.https://t.co/MaLhnC0Av0

A group of over sixty women and non-binary individuals came together to share his stories of the coercive and manipulative behaviors. And the work they have done here — not just the emotional labor, but that, too — makes them so much of a god damn superhero team. To be clear, none of them have accused of rape, or sexual assault, or anything illegal; but they all had similar experiences of sexual relationships built on power imbalances, of Ellis using his influence to charm them and boost their careers in exchange for sexual favors, before ultimately gaslighting them. For many of them, he was a tremendous aid in their professional careers before he hurt them — although the fact that he was boosting the careers of these women and artists was certainly not bad for his career, either. From their collective statement:

Our aim is to dismantle the systems that allow people in power to abuse that power for the purpose of serial predatory corralling, emotional manipulation, and grooming. With this goal in mind, we are sharing our stories about a man who abused his power.

The scope of our interactions with Warren Ellis varies extensively in degree and duration. With some of us, it was a brief period of private messaging conducted solely online; with others, he cultivated a relationship lasting many years, involving multiple episodes of intimate physical contact. Though people are still coming forward, what’s already been disclosed covers a wide range of experiences, some seemingly harmless, some devastating. Taken in aggregate, they show a clear pattern of abuse.

But rather than focus on Ellis's actions, I'd like to bring your attention to the remarkable work being done by the people he has harmed. Through an impressive show of solidarity, they have compiled dozens of first-hand accounts — many corroborated through emails and text messages — to create a timeline illustrating Ellis's patterns of behavior. And rather than some vague call for accountability that many would dismiss offhand as "cancel culture," this collective of individuals, known as So Many Of Us, has issued a clear plan for transformative justice. "We are telling our stories so that three things happen," they explain:

A final thing that some of us are open to is the possibility of a mediated transformative justice action with Warren Ellis. There is still a chance for him to be of help on a larger scale. If Warren wants to get in touch with us to start this process, we are interested in cultivating healing, accountability, resilience, and safety for all involved. Specifically, we would like to see Warren:

To be clear, our aim is not to see Warren Ellis punished, we are here to look forward.

At a time when bullshit wolf-cries of "cancel culture" are spreading like COVID-19 across the Internet, this collective has made a clear statement in defiance of that reductive accusation. They make it clear: no one's asking for anyone to be "cancelled," and no one is asking for prison time or other such punishment for what was clearly not illegal, but shitty nonetheless.

Simply put, this is a collective of people who share a pain that begins from a single source — a source that had social influence and power of them, which made them all, at the times of their respective experiences, feel as if they were beneath him on the hierarchy, and thus, without power themselves. What they've done here is band together in solidarity and demand true accountability, and a better future for everyone, including the one who did them harm. And I think that's a much more inspiring model to base our society upon.

You can go ahead and keep reading Ellis's work; none of his victims would discourage from doing so. But I would also encourage you to read their stories as well. Kelly Sue DeConnick — a woman who is friends with Ellis, and benefited from his support and mentorship without enduring any abusive behavior or sexual misconduct — shared a powerful 2-part video response to this news as well. I also think this essay from Dr. Nerdlove, on the "ironic" toxic culture of Progressive Geekdom Circles, largely influenced by the model set forth in the old Warren Ellis Forum, is worth a read.

So Many Of Us

Women speak out about Warren Ellis: 'Full and informed consent was impossible' [Sam Thielman / The Guardian]

On Finding Out Your Heroes are Monsters (Or: Detoxifying A Culture) [Dr. Nerdlove]

Collins Dictionary named “single-use” as their 2018 word of the year and now Oxford Dictionaries’ has dubbed “toxic” as theirs. They report that the word was looked up 45% more times on their site over the last year, having “been used in an array of contexts, both in its literal and more metaphorical senses.” Drawn […]