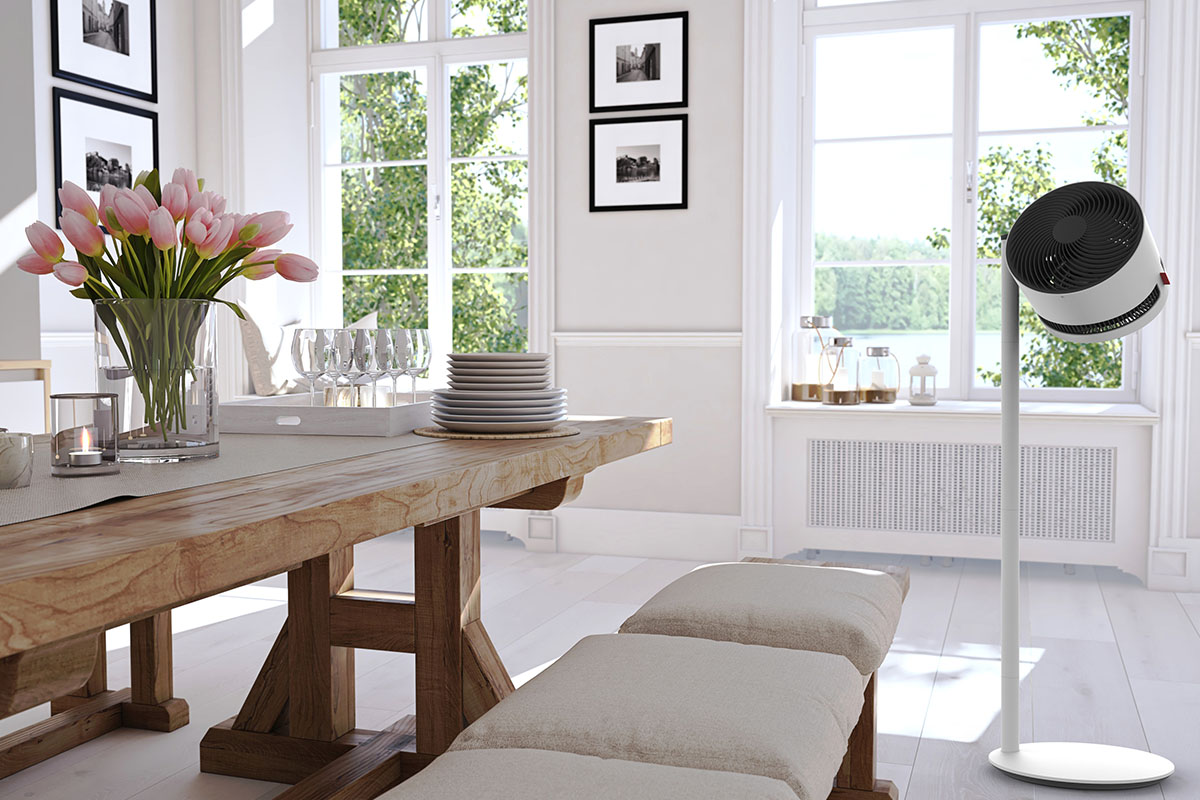 Now that we're past July 4th, we're truly turning smack into the sharpened teeth of the summer heatwave season. As temperatures and humidity spike, it just makes all the rest of the nation's current problems that just tiniest bit more irritating, doesn't it?

Hey, we're all in this together. So if we can help chill you out just a little with one of these 11 deals on fans or personal air conditioners, featuring savings of up to nearly $100 off, we'll score that as a win.

With three speeds and a sleek, portable design, this super convenient mini fan can be a full-sized lifesaver. Portable enough to fit in a pocket or backpack, the unique bladeless design churns the air, while the rechargeable built-in battery can even sync up and recharge your phone while you cool down.

This fan gets right to the heart of where you need the cooling most — right on your face. Slip this mini collar around your neck, cycle through three adjustable speeds, and let the seven-leaf fan design put a pleasant breeze right on you. You can even add a few drops of your favorite scent so you can enjoy a nice fragrance at the same time.

Here's another cooler that slips right around your neck. Using semiconductor cooling technology, it creates a temperature difference and instant cooling in just two seconds, dropping your personal space temp by up to 9 degrees. And of course, it's also hands-free, a definite winner when you're busy and on the go.

It may look small, but the ionFan serves up cleaner, safer, and healthier indoor air quality. Emitting up to 3 million beneficial negative ions per second, the ionFan also removes airborne bacteria, viruses, mold spores, foul odors and more out of your air, all while being thoroughly refreshing too.

This personal air cooler from Kinkoo chills, humidifies and cleans dust particles out of the air as it crafts its own microclimate right around you. A perfect desktop accessory, it works for up to eight hours on a full charge, which should get you through even the hottest of nights while trying to sleep.

Just add water and plug it in (even to your computer) and the evaLight shows why its one of the top-selling evaporative air coolers around. Eco-friendly and easy to set up, the patented EvaBreeze material helps cool an area of nearly 45 square feet. It's whisper-quiet and also features cool adjustable lighting to help set the vibe in any room.

What's an air shower? Just bounce the stream from any member of the Boneco F200 family of fans off a nearby ceiling and you'll feel the effects of superior air circulation. With 270-degree manually rotatable airflow and height adjustments, both the F210 and slightly larger F230 models can reduce hot and cold zones, direct air between multiple floors, pull fresh air indoors, or use it with your air conditioner or furnace to achieve a uniform temperature throughout your single room, large open space or even a room with high ceilings.

If you're ready to move beyond that cheap plastic box fan, the various creations from Star Fans should prove that technical proficiency, cool design concepts, and supreme cooling can all work together seamlessly.

First, the Star Tripod is a wooden three-legged standing fan for indoor use that looks as much like a piece of furniture as it does a fan. Constructed using all metal parts with adjustable height and oscillating motion, you get both maximum airflow and maximum cool points.

The Star 7 and Star Propeller are both ceiling fans, with the 7 sporting an aesthetically pleasing look with flattering indoor lighting as well as six speeds for customized ventilation and an LED plate for modern aesthetic lighting. As for the Propeller, this highly durable indoor-outdoor fan is a massive 52 inches across with Belize wood blades and a souped-up motor for superior airflow in any setting.