Why do cats "slow blink" at people 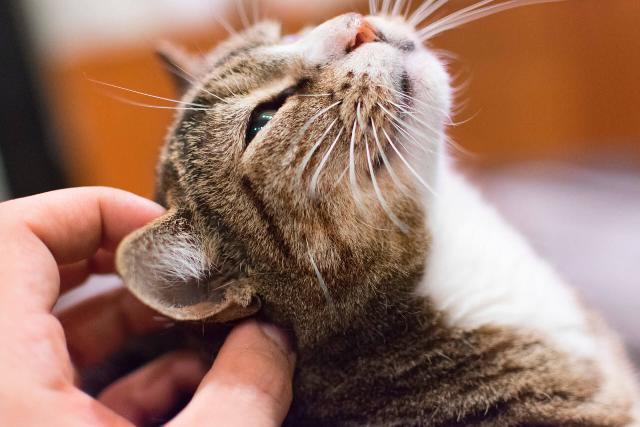 We have three rescue cats, and one of them slow blinks at me every time I look at him. According to this article, cats slow blink to Indicate that they do not feel threatened by you.

If a cat closes its eyes around like it's falling asleep, it's signaling that it doesn't view you as a threat. This is similar to the way some cats expose their bellies to their humans, which signals trust and vulnerability. For kitties, the absence of extreme hatred is love, and as cat owners know, there is no in-between.

Now I want someone to explain why my cat stretches and raises his paw to me like he's saying hello.