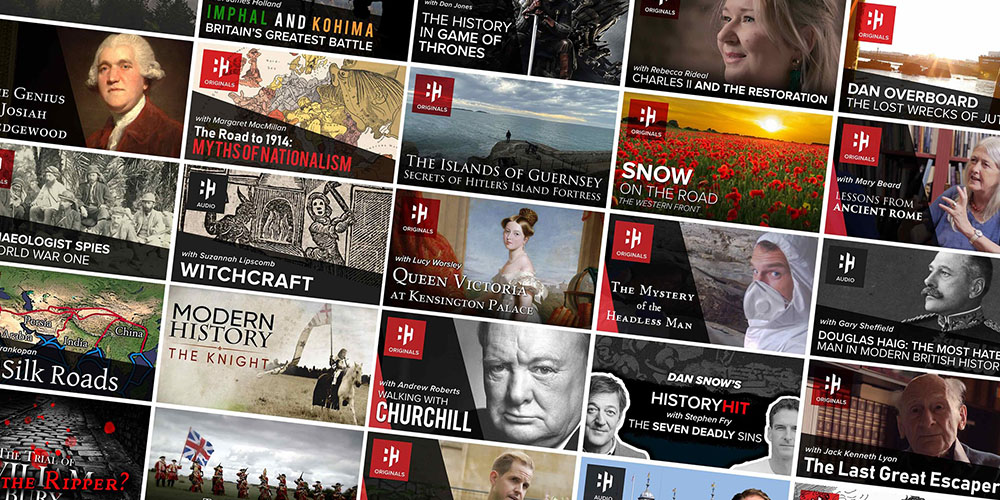 If you routinely lament the loss of truly educational television...well, join the club. There are only so many hours of Real Housewives and Forensic Files you can watch before your brain turns to mush and you’re convinced the final days of mankind must be counting down.

Don’t lose faith just yet, however. There are actually some interesting and enlightening viewing options out there more invested in expanding your mind than watching it disintegrate at the Jersey Shore.

History Hit TV is a standalone streaming video service housing hundreds of history documentaries, interviews and short films, all dedicated to bringing viewers the most extraordinary, dramatic, tragic, and fascinating stories of our planet’s shared past.

Since no one wants to read anymore, History Hit TV is reinventing how history is told for the digital viewer, through video, podcasts and more.

If you’re interested in the Ancient and Classical World, you can dive into shows and discussions about the history of the world’s oceans, the Roman empire, the ancient Greeks, Arthurian legend, and more. If your tastes veer more contemporary, you can get up-to-the-minute offerings about the coronavirus pandemic, current elections or even something as fun as the complete history of video games.

And of course, there are also centuries worth of compelling content in-between. In addition to documentaries and shows, there’s also a huge library of podcasts you can devour anytime, anywhere. In fact, it’s the home to hundreds of episodes of the no. 1 most listened to history podcast on iTunes, the popular Dan Snow’s History Hit.

History Hit is also easy to access through most platforms, either on desktop or laptop, through the Apple TV app, via the Amazon Firestick on streamed through most Android and Apple devices.

You can travel back and explore significant world events from a whole new perspective with a two-year subscription to History Hit TV, now half off at just $49.99. You can also save now by picking up a one-year ($39.99) or three-year ($59.99) plan as well.