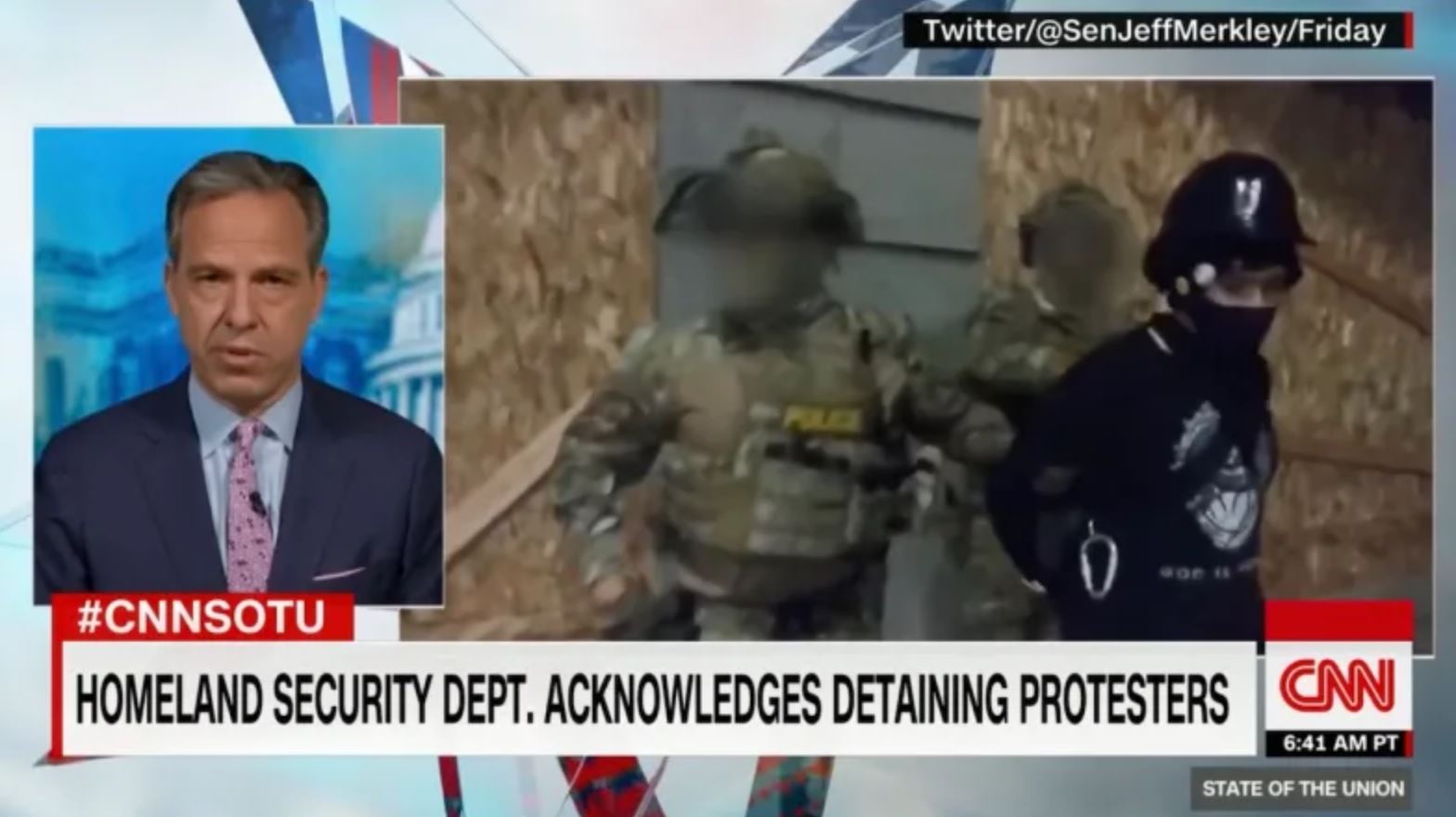 This weekend, CNN ran footage of mystery federal agents in desert camo bundling protestors into rental vans in Portland, Oregon. It went the extra step of providing futher anonymity to Trump's unbadged, unnamed goons, blurring their faces (while leaving those of the detained protestors clear). The outrage was instant and overwhelming and CNN apologized, with anchor Jake Tapper insisting it was a mistake: they had intended to blur our the protestors, not the police, but someone screwed up.

"thanks for bringing this to our attention; I didn't see it when it happened," Tapper tweeted on Sunday after Gizmodo asked him what was going on with the blurred video. "I looked into it and someone misunderstood an instruction to blur the *protester's* face," Tapper continued. "Thanks again for letting us know so we could fix it, which we've done."

The "someone" who "misunderstood" what they should be blurring was presumably a video editor, but Tapper didn't elaborate. Nor did he address the fact that this isn't the first time his show has blurred the faces of shadowy government officers on U.S. streets who won't identify the federal agency they may be working for. …

It's not clear what Tapper means when he says that they've fixed it, and it's even less clear why he'd thank anyone for letting him know what's happening on his own show.

The fact that CNN also miscredited the video to a U.S. Senator evokes the old saw about not mistaking incompetence for malice. But even that speaks to the reluctance of media to cover what is happening: the ad-hoc formation of highly-politicized immigration and border services into a general-purpose paramilitary police force. Producers and editors just don't care about this sort of thing, they resent being expected to care about it, and that resentment shows in the sloppy and perfunctory reportage.