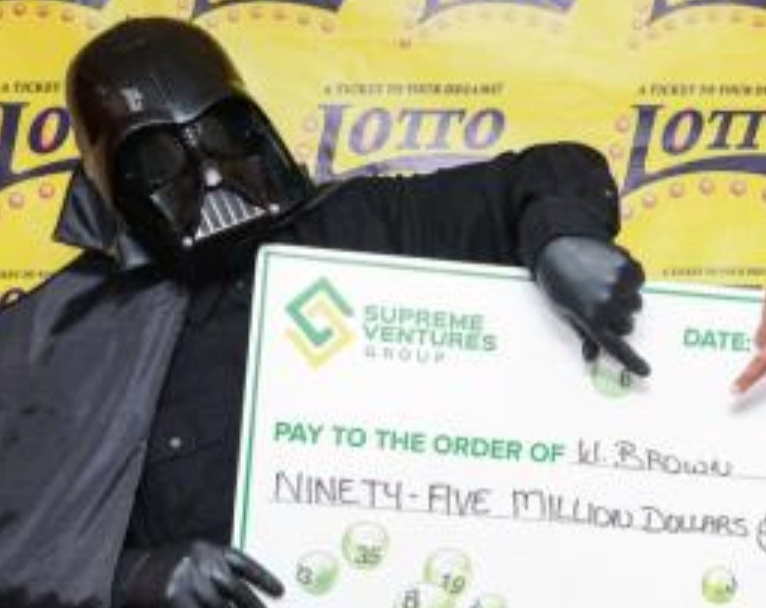 Darth Vader bought a lottery ticket at the Di Endz Sports Bar in May Pen, Jamaica and won $95 million. Darth showed up to claim his prize in full armor, revealing nothing to the public other than his abbreviated alias, W. Brown. From the Daily Star:

[Simone Clarke-Cooper, assistant vice president at Lottery sponsor Supreme Ventures Limited] said, "Unfortunately, Jamaica is not like other markets. In other markets, they don't necessarily do it, but here I think they opt to do it to keep themselves safe. We are not going to tell them not to do that because their safety is of paramount importance to us as well.

"People have been coming with their own disguises. They usually don't need our help, and they are usually very creative, perhaps beyond anything that we could think of or imagine, and it has been very effective over the years," she added.

While promoting his civil rights graphic novel series March at San Diego Comic Con in 2015, Representative John Lewis took the opportunity to cosplay as himself. He donned an exact replica of what he wore during the historic 1965 “Bloody Sunday” march in Selma: tan trench coat, tie, and backpack. His backpack contained books, an […]