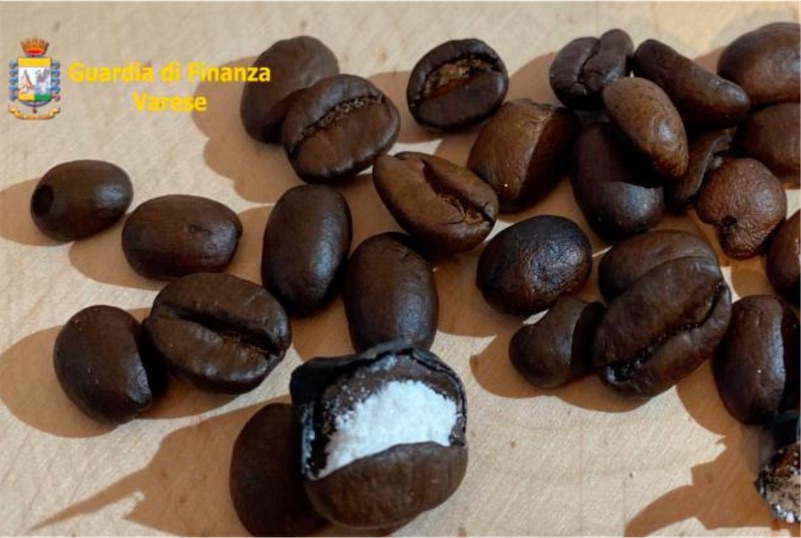 Talk about a strong cup of Joe! Italian authorities intercepted 130 grams of cocaine smuggled inside hundreds of hollowed-out coffee beans. The beans arrived from Colombia at Malpensa Airport where customs officers recognized the name of the recipient: Santino D'Antonio. That is the name of the mob boss in the movie John Wick: Chapter 2. From CNN:

Once they opened the parcel they found more than 500 coffee beans that had been hollowed out, filled with cocaine and resealed using dark brown tape, the statement said.

Police tracked the package to Florence, and arrested a 50-year-old Italian man when he came to try and collect it from a tobacconist's shop in the city.

The man was registered as living in the Colombian city of Medellin, according to the statement. He was already known to police and had previously been arrested on drugs charges.