This 180 degree headlamp is a game changer for night hiking 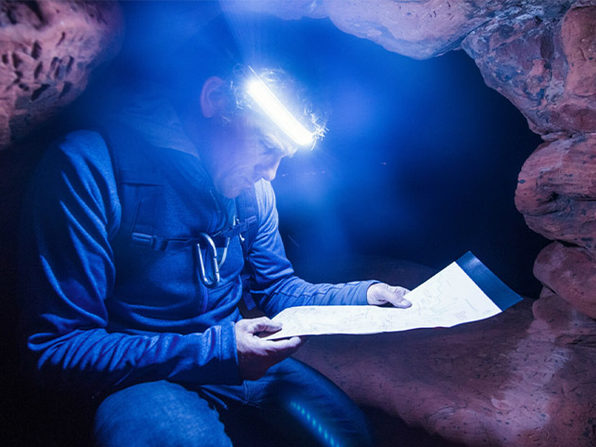 If you enjoy the outdoors, you know that it's not necessarily any scarier at night than it is during the day. But it sure can seem that way when you're using a traditional flashlight that effectively gives you tunnel vision: You see just the spot where you aim and nothing else.

That's why the H2 Headlamp should catch on quickly not just with hikers, but anyone who works, plays, or runs in the dark.

Its main feature is the flexible LED light that stretches across the front brim of your head. This illuminates a 180-degree wide area around you rather than a narrow focus. It's an impressive 360 lumens on the highest setting, and the difference of being able to use your peripheral vision is quite literally eye-opening.

The light and strap are just four ounces, and runners can even wrap it around their waist for maximum visibility on nighttime roads. Spelunking, hiking, wee hours car repair — all of them just got a whole lot easier.

The H2 Headlamp has three settings, is fully rechargeable, and even 100% waterproof plus it's on sale for over 25% off when you buy it from the Boing Boing Store.