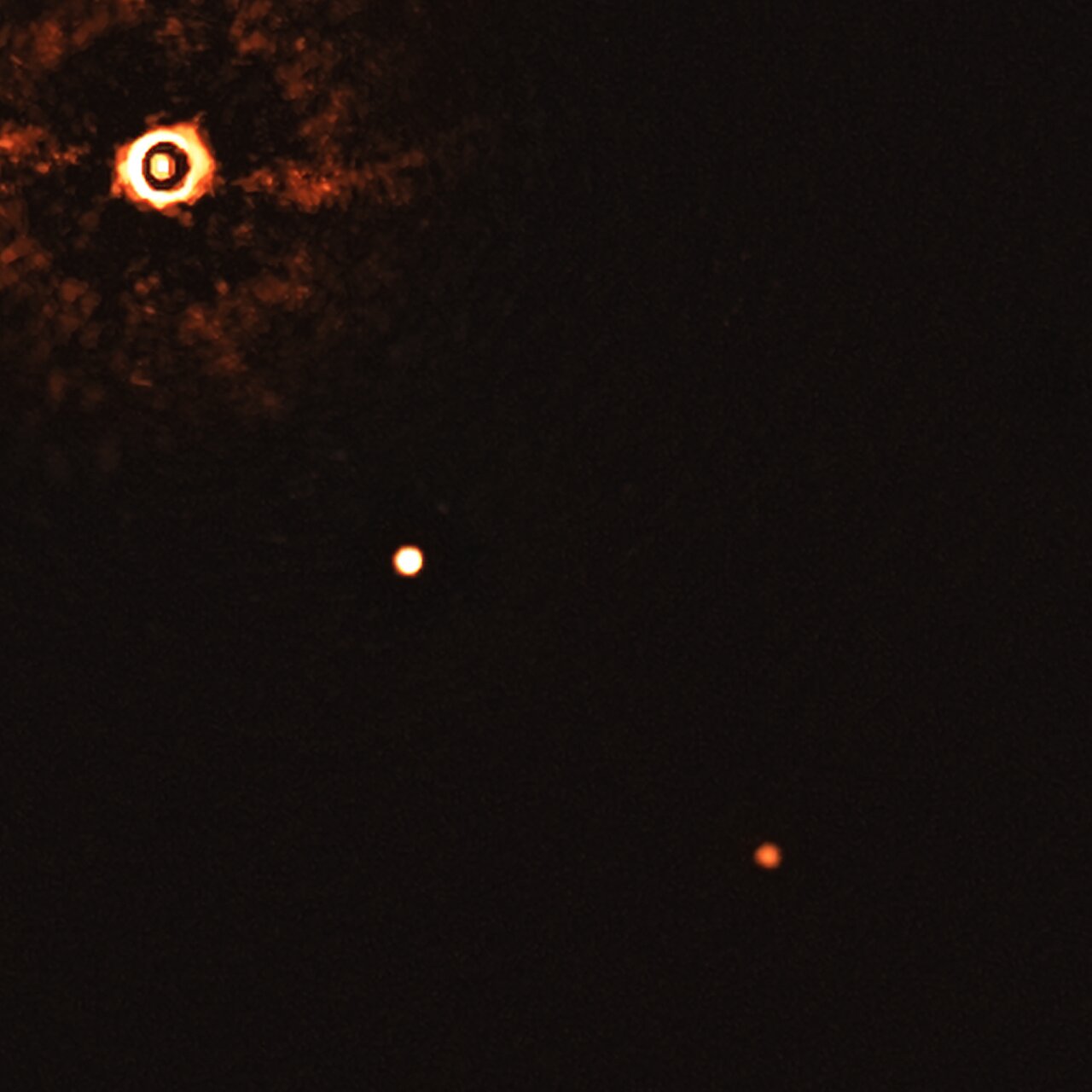 Using the European Southern Observatory (ESO)'s Very Large Telescope (VLT) in northern Chile's Atacama Desert, astronomers created this dramatic image of two giant planets in orbit around a star. About 300 light years from Earth, this is the first multiplanet system to be photographed that includes a star similar to our own Sun. The outer planet is six times more massive than Jupiter while the inner planet is 14 times heavier. The researchers published their work today in the Astrophysical Journal Letters. From ESO:

“Even though astronomers have indirectly detected thousands of planets in our galaxy, only a tiny fraction of these exoplanets have been directly imaged,” says co-author Matthew Kenworthy, Associate Professor at Leiden University, adding that “direct observations are important in the search for environments that can support life.” The direct imaging of two or more exoplanets around the same star is even more rare; only two such systems have been directly observed so far, both around stars markedly different from our Sun. The new ESO’s VLT image is the first direct image of more than one exoplanet around a Sun-like star. ESO’s VLT was also the first telescope to directly image an exoplanet, back in 2004, when it captured a speck of light around a brown dwarf, a type of ‘failed’ star.

“Our team has now been able to take the first image of two gas giant companions that are orbiting a young, solar analogue,” says Maddalena Reggiani, a postdoctoral researcher from KU Leuven, Belgium, who also participated in the study. The two planets can be seen in the new image as two bright points of light distant from their parent star, which is located in the upper left of the frame. By taking different images at different times, the team were able to distinguish these planets from the background stars.