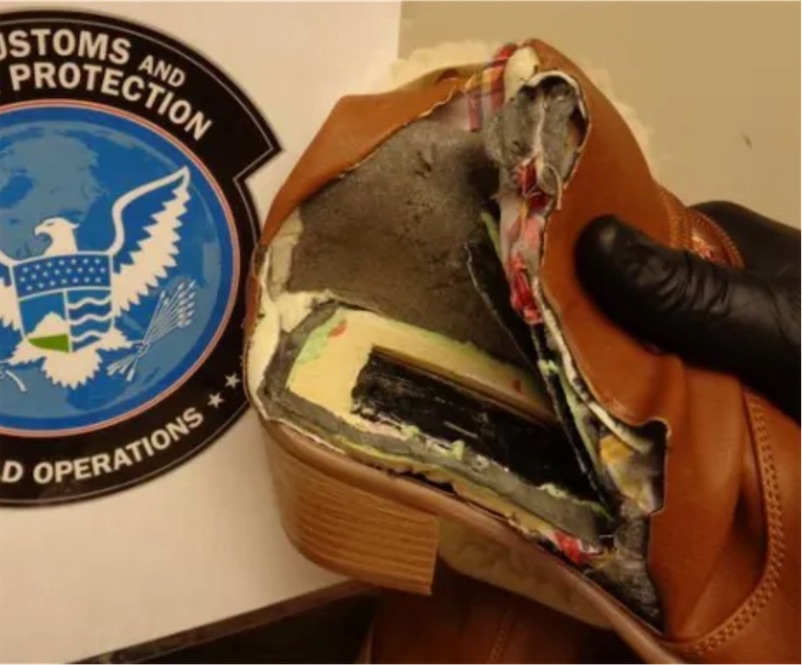 Talk about marching powder... U.S.Customs and Border Protection officers intercepted 21 pounds of cocaine hidden in the arches of boots on their way from Bogota, Colombia to Haverstraw, New York. A drug dog named Betty sniffed out the contraband on a train as it passed through Cincinnati, Ohio before anyone could use it to put a real spring in their step.

"After examining the package, officers noticed thick arch supports inside the boots," according to Cincinnati.com.

The cocaine is apparently worth almost half-a-million dollars.