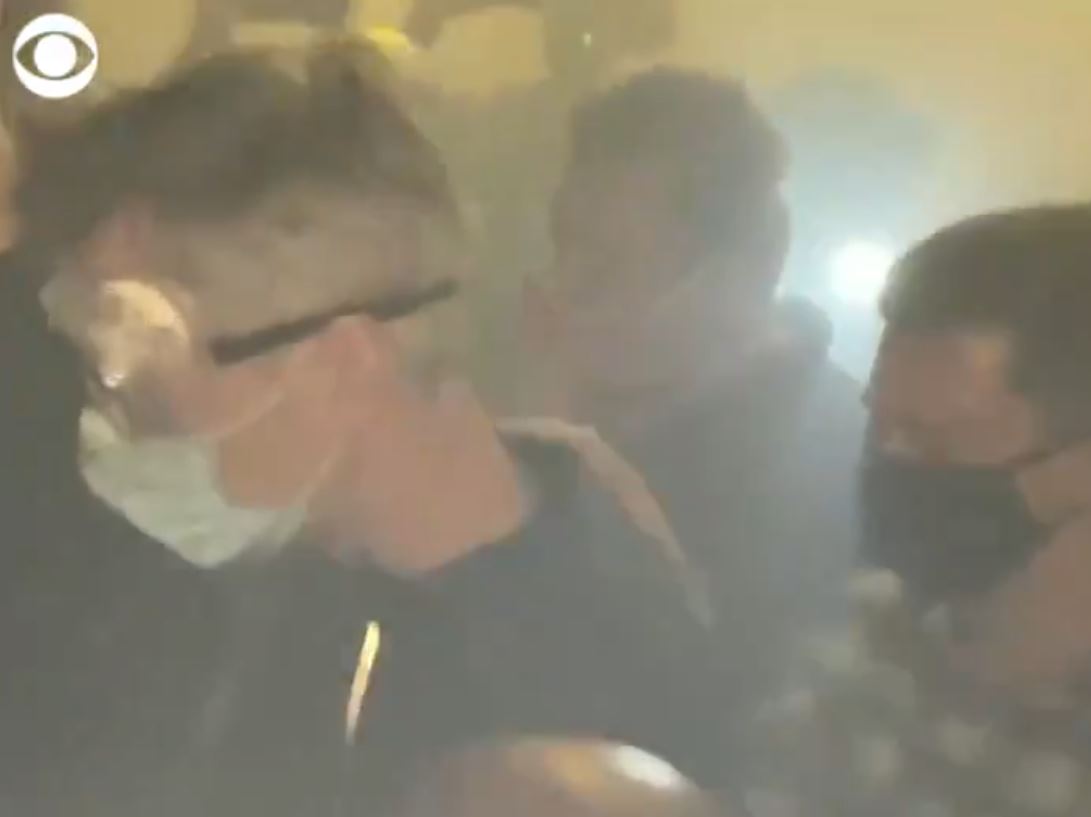 While visiting protests in Portland, Oregon, last night, the city's mayor Ted Wheeler was among those tear-gassed by federal officers sent in by Trump last week.

Mayor Ted Wheeler was tear gassed in downtown Portland early Thursday morning, according to video and posts on Twitter from a New York Times journalist. The video shows Wheeler, wearing goggles and a face mask amid a crowd of people, hold his nose and close his eyes in distress as a cloud of tear gas drifts by him.

"It stings. It's hard to breathe. I can tell you with 100% honesty I saw nothing that provoked this response," Wheeler said to the Times camera. "I'm not afraid but I am pissed off."

The New York Times describes him as "left coughing and wincing" in the street; Wheeler denounced the federal officers' actions shortly thereafter.

You can support Portland's street medics

Portland Action Medics is a group providing supplies and aid to the protestors in Portland. You can venmo them @ Rosehip-medics. (http://www.rosehipmedics.org/) View this post on Instagram FRIENDS! Do you need a helmet? YES YOU DO. We have some freshly painted helmets as well as eye flush, chem weapons wipes, MONSTER, ear plugs, and other […]