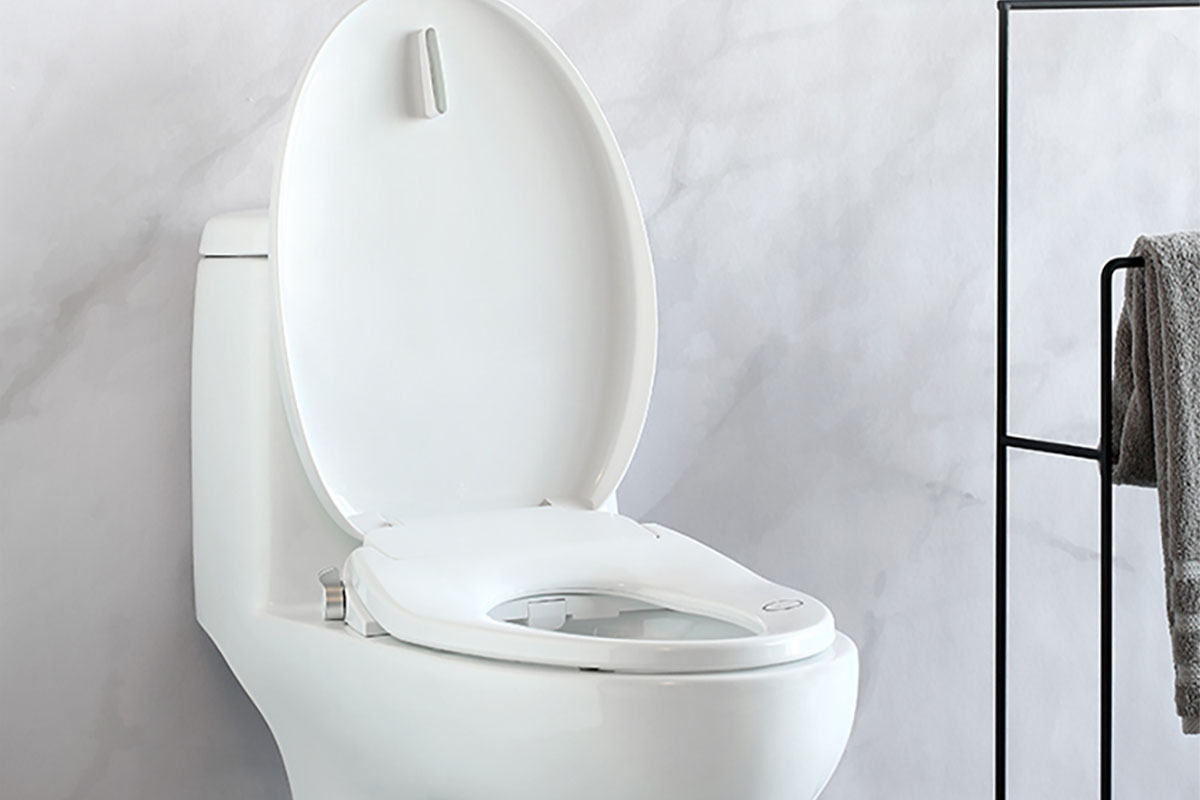 If you needed any further proof that Americans are finally beginning to accept the bidet movement, consider this: a bidet company has the money to buy naming rights for an NFL football stadium.

The company’s bid to rename the Buffalo Bills’ stadium in Orchard Park, New York may not end up happening, even though they’re offering $12.5 million for the rights. It may end up being a bridge too far for ownership to suffer through the “Toilet Bowl” jokes surrounding the often lackluster franchise should they suffer another rough season.

But whether it happens or not, bidets are now on the American map. Bidet sales surged in the wake of COVID-19 inspired toilet paper shortages, putting bidets like the Aim to Wash Smart Toilet Seat square in the minds of suddenly open-minded shoppers.

The Aim to Wash seat promises to eliminate up to 80 percent of a home’s toilet paper use as dual nozzles supply a warm water wash to clean you up without the use of TP. The patented tank-less design offers an endless supply of warm spray, followed by a warm air dryer that needs as little as 30 seconds to get a user fully dry.

The seat comes with easy to use dial knobs to adjust your cleaning routine to just what suits you. Even the dual nozzles come with their own self-cleaning regimen to keep the entire array super-clean after every usage.

You’ve also got control over the water temperature, the heat from the dryer, and even over the toastiness of the seat itself when you settle in during the cold weather months. The whole unit even comes with a slam-free soft-closing seat mechanism to bring the whole process full circle for the next lucky user.

If you’ve ever considered a bidet, but never quite pulled the trigger, this offer slashing $100 off the price of the Aim to Wash Smart Toilet Seat, down to only $199.99 may be just the incentive you need to give it a swirl.