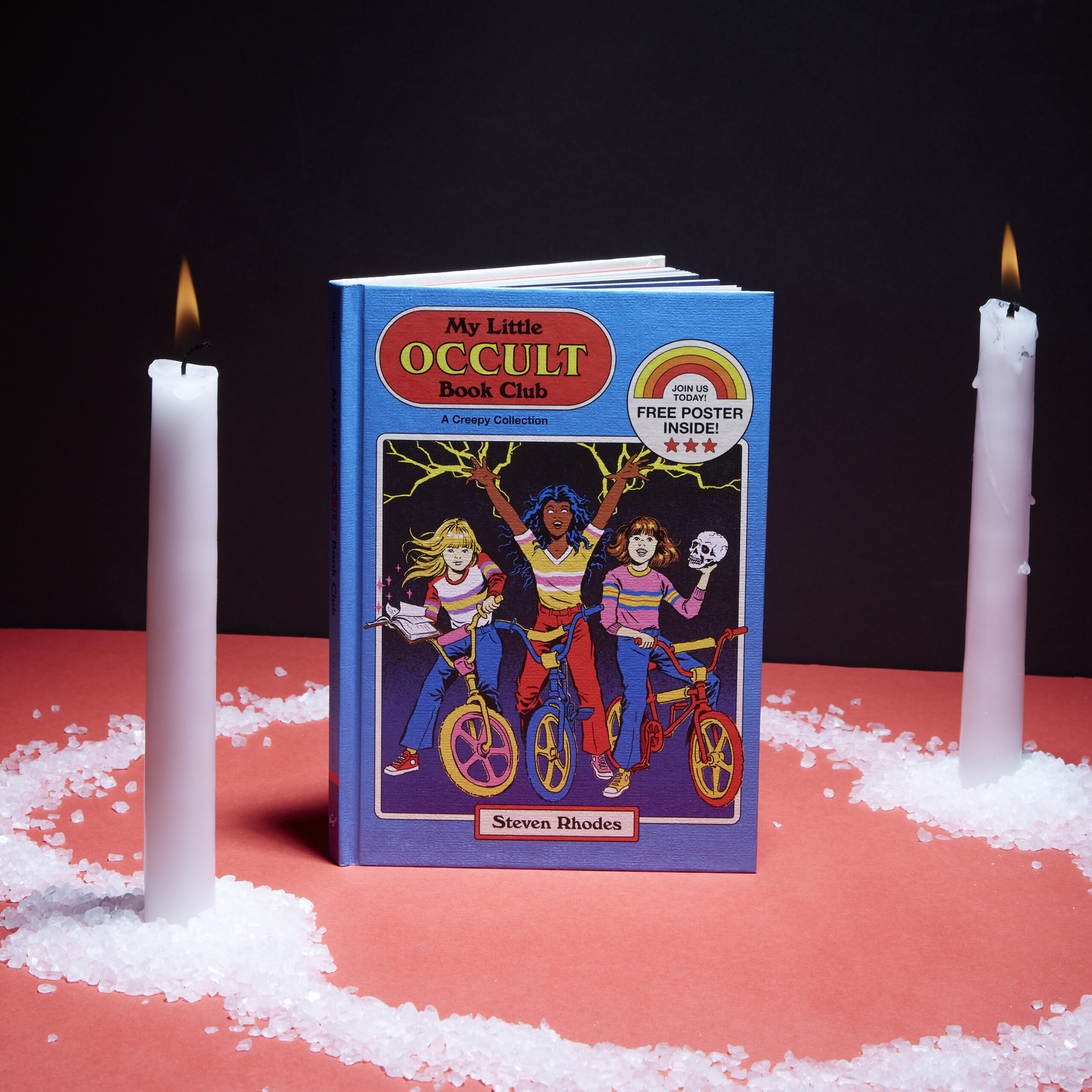 Australian illustrator Steven Rhodes' art has an unmistakable retro-kid-book-creepy aesthetic that's both dark and hilarious. You're probably familiar with his work through his line of t-shirts (the "Easy-Bake Coven" one is a personal favorite). Well, now he's announced an actual book based on his parody children's book covers (the preview pages literally made me laugh out loud). My Little Occult Book Club is available for pre-order now ($14.95).

The humorous fake titles include Sell Your Soul! (Economics for Children), Necromancy for Beginners, and Caring for Your Demon Cat, and much more.
— Written in a playful voice that parodies subscription book catalogs
— Features puzzles, activities, and even a free fold-out poster
— Funny fake mail order offers for gifts such as "Cursed Videocassette"

Tony "Coyote" Perez is a helluva storyteller. Built to Burn: Tales of the Desert Carnies of Burning Man is his much-anticipated book about the "wild west" days of "that thing in the desert." It's available for pre-order (ebook now, paperback later). Notably, it's the first book that the Burning Man Project has ever published. BUILT […]

"I made this huge leather bound "spellbook" with traditional bookbinding techniques," says Nerdforge7 of NERDFORGE, on IMGUR. What an amazing project.