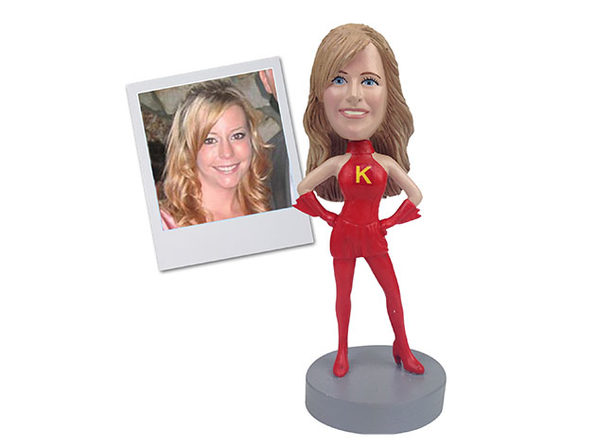 When you used to walk through any office you would likely spot a few bobbleheads. These wobbly figurines are great fun to have around, although most celebrate people we will never meet.

For something a little more personal, try Handmade Custom Bobbleheads. These mini caricatures are sculpted and painted by skilled artisans, based on any photo you provide. They make a great gift for family and friends, and a nice addition to your desk.

There is nothing wrong with owning figurines of your favorite athletes and movie characters. However, having an artist create a bobblehead from your likeness is infinitely cooler.

The process is pretty straightforward. You simply upload a photo of the person you want to see with a big, wobbly head, and choose a pose. This could be sitting behind a desk, standing proudly in superhero attire, or dressed ready for the catwalk.

The image is then passed to a skilled model maker, who crafts a 3D caricature. The likeness is usually spot-on, albeit with a clay complexion. You should receive your bobblehead around 4 to 6 weeks after placing an order.

The Custom Bobbleheads make really nice gifts and are an amusing way to mark your territory (think Dwight from The Office).