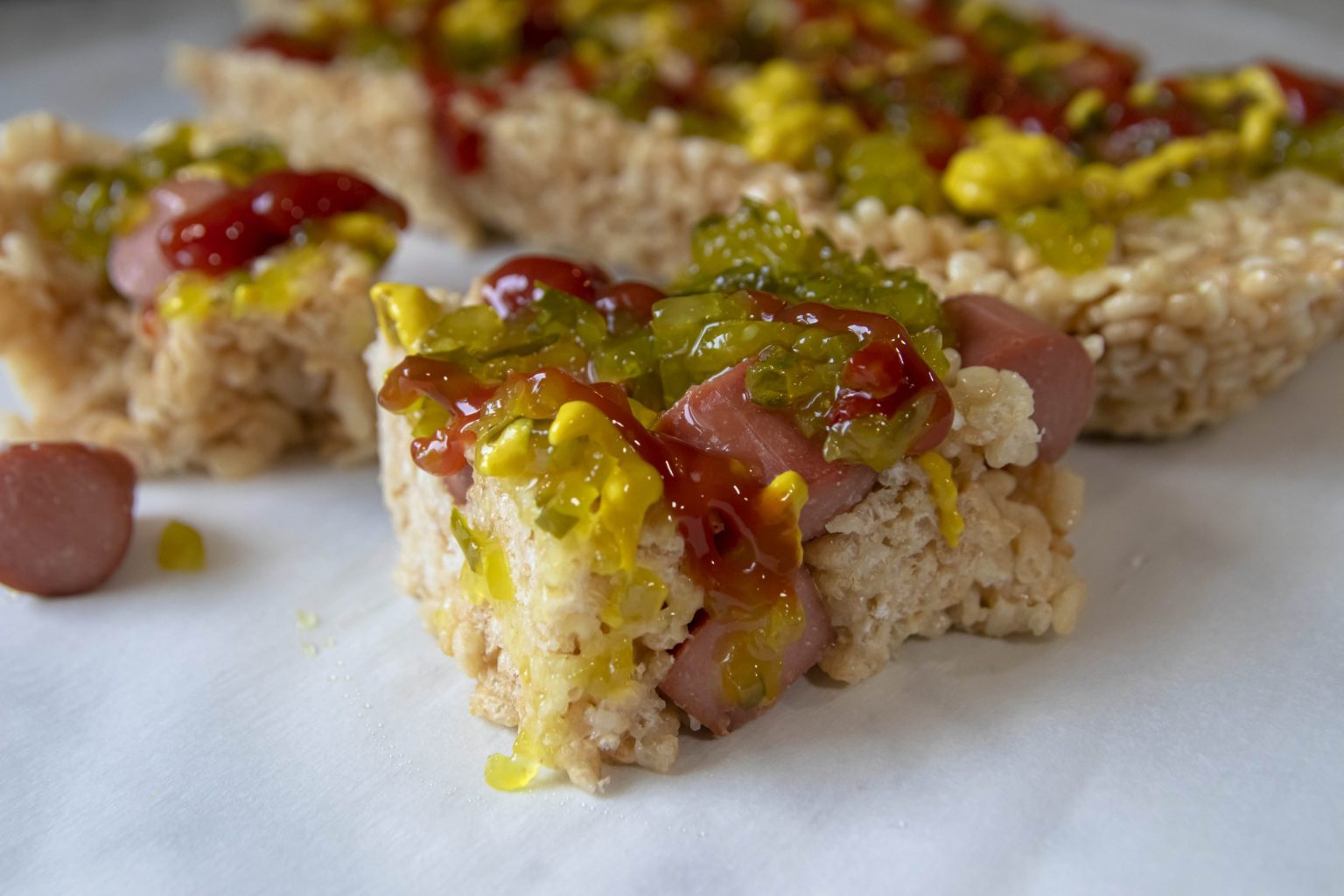 Everything is awful in this hellscape reality so you may as well enjoy some mustard, relish, and processed meatstuff with your marshmallow-lathered cereal.