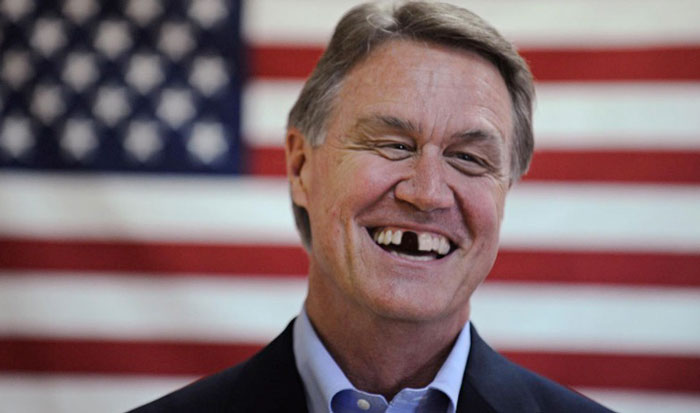 Georgia Senator David Perdue claims his attack ad, in which the nose of Democratic Challenger John Ossoff is enlarged, was simply a graphic design error.

The ad claims that "Democrats are trying to buy Georgia."

This is blatant antisemitism. It's not an accident. It's their platform.@Perduesenate, apologize now. pic.twitter.com/h0sOpllgHe

Perdue's campaign claimed that "in the graphic design process handled by an outside vendor, the photo was resized and a filter was applied, which appears to have caused an unintentional error that distorted the image."

"Obviously, this was accidental, but to ensure there is absolutely no confusion, we have immediately removed the image from Facebook," a spokesperson said in a statement sent to multiple media outlets. Perdue himself hadn't seen the ad before it was released, they said.

"Anybody who implies that this was anything other than an inadvertent error is intentionally misrepresenting Senator Perdue's strong and consistent record of standing firmly against anti-Semitism and all forms of hate," they added.

Ossoff wasn't buying the explanation, however.

"Senator, literally no one believes your excuses," he tweeted Monday.

Image: Senator David Perdue. A filter was applied, which appears to have caused an unintentional error that distorted the image.