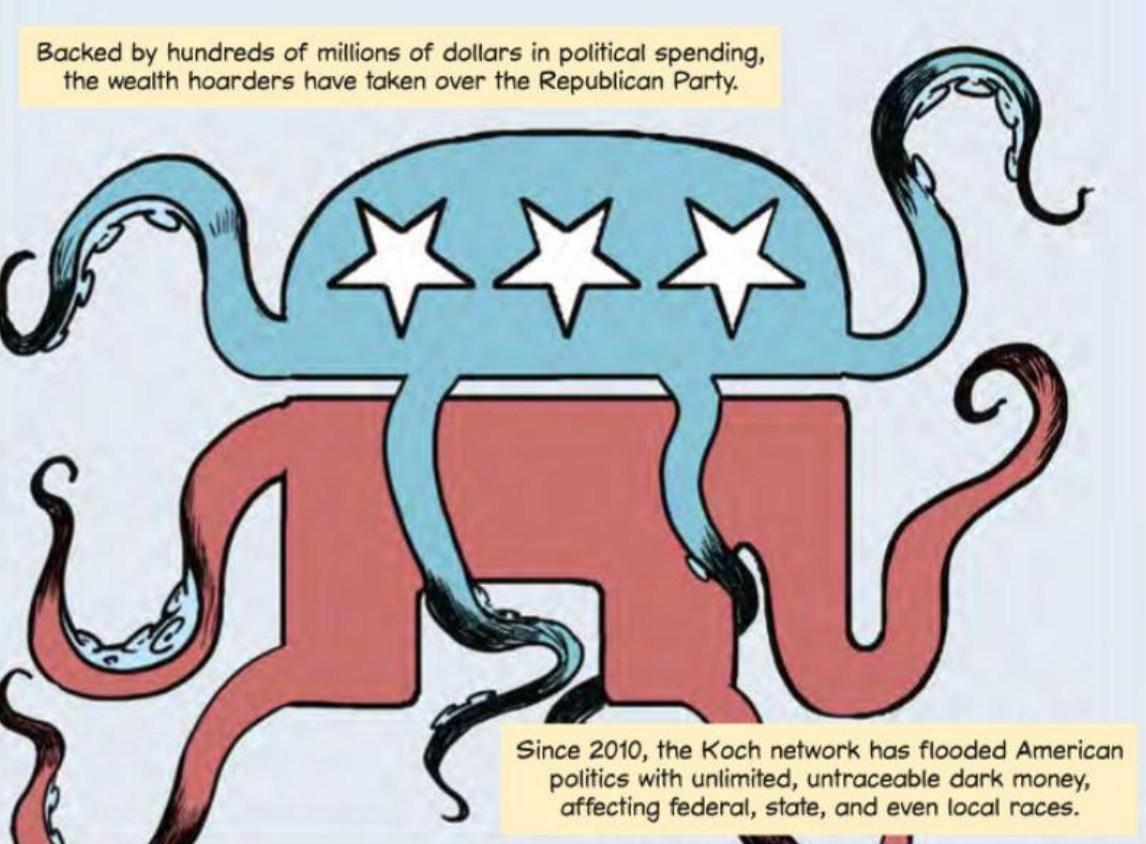 I recently received a galley copy of Unrig: How to Fix Our Broken Democracy, a new graphic novel from Macmillan's World Citizen Comics imprint. Here's the blurb:

Despite our immense political divisions, Americans are nearly united in our belief that something is wrong with our government: It works for the wealthy and powerful, but not for anyone else. Unrig exposes the twisted roots of our broken democracy and highlights the heroic efforts of those unrigging the system to return power to We the People.​

This stirring nonfiction graphic novel by democracy reform leader Daniel G. Newman and artist George O’Connor takes readers behind the scenes—from the sweaty cubicles where senators dial corporate CEOs for dollars, to lavish retreats where billionaires boost their favored candidates, to the map rooms where lawmakers scheme to handpick their voters. Unrig also highlights surprising solutions that limit the influence of big money and redraw the lines of political power.

​If you're overwhelmed by negative news and despairing for the direction of our country, Unrig is a tonic that will restore your faith and reveal the path forward to fix our broken democracy.

In truth, it's less of a graphic narrative and more of a narrated textbook. And while I consider someone who's pretty in touch with both graphic novels and political processes, I was utterly delighted by Unrig, and swiftly devoured all 290 pages. I was familiar with a lot of the information, sure, but the book presented it all in a digestible, accessible way — I'm excited to share it with both my father and my newborn son (when he's old enough to understand). Unrig carefully breaks down complicated political processes with just enough detail to make them feel actionable, and then explains how to actually take action in your community. There are some moments where it might too simplistic or fantastical, but, well, unfortunately, the Kochs and their network really are that diabolical, and it's hard to paint them with nuance when they refuse to exist in a normal nuanced world.

Unrig also boasts a comprehensive index, so you can fact-check all the claims within the book. I'm sure there are some people who will read this and cry "fake news" because the footnotes aren't right there interrupting the narrative; but by using an index instead, it actually makes the whole book flow more smoothly. The point of the book is not to bog you down with details; it's to inspire you to action by teaching you about ranked choice voting, clean elections, and more. And if those are things you're interested in — or interested in sharing with others — I highly recommend it.

Unrig: How to Fix Our Broken Democracy [Daniel G. Newman and George O’Connor]

Former Michigan Republican State Senator Patrick Colbeck has put together an ambitious, far-ranging educational "reform" package that is being voted on today by the Michigan State Board of Education.