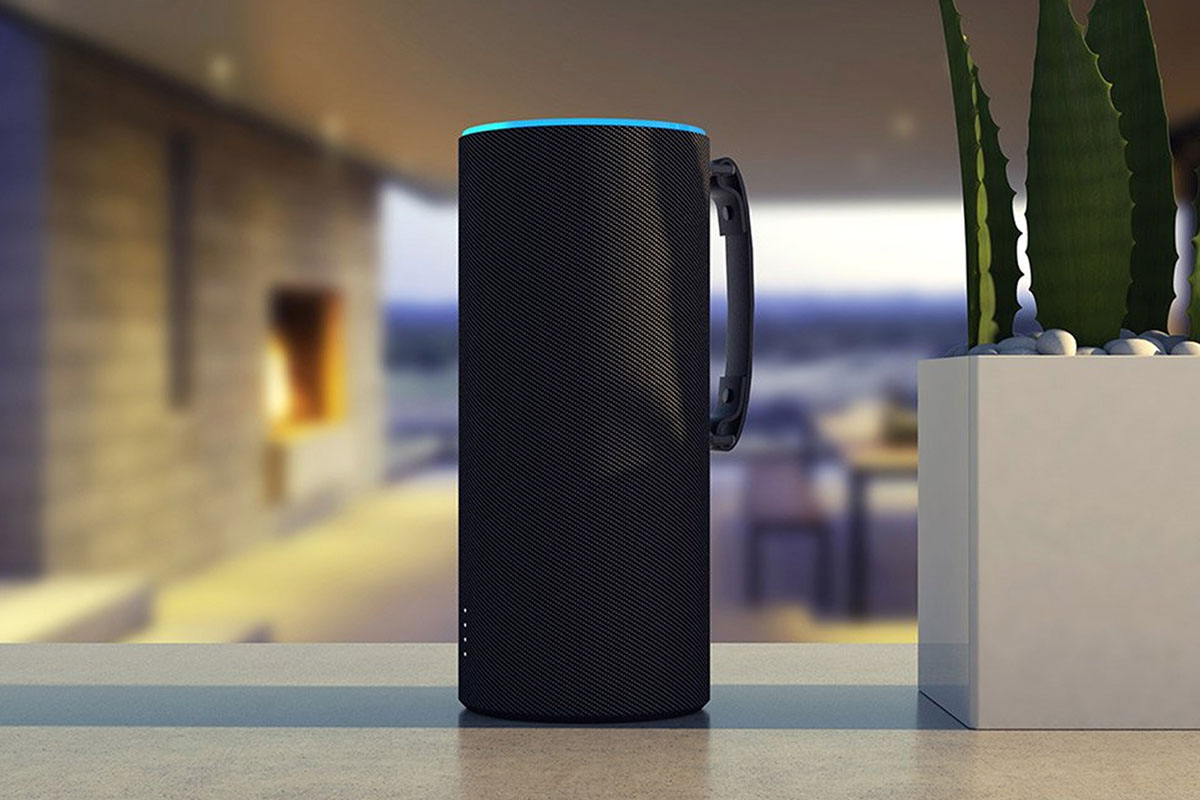 Where would we be without Alexa? Without Amazon's virtual assistant, who would we ask to play back our favorite songs or tell us the weather or beatbox? No, seriously…ask Alexa to beatbox.

Of course, Alexa does have her limitations. The biggest one being that she's tethered to an electrical outlet. For the vastness of her all-knowing powers, Alexa, and the Amazon Echo she's working through, are dependent on staying plugged in, which means their range only extends as far as the power cord.

The SkyTote Battery Sleeve seeks to change all that, taking your Amazon Echo off the chain so Alexa can freely roam anywhere within your WiFi range.

The SkyTote works with all second-generation Amazon Echo units. All you have to do is slide the factory casing off your Echo, open the battery cover at the base, slip the SkyTote over the top — and now, your Echo is cordless. The two sync right up, so rather than getting a new Echo for every room in your house, you can now just take one room-hopping with you.

The SkyTote sports a rechargeable 8,800mAh lithium-ion battery that lasts up to eight hours on a single charge. Unencumbered, the SkyTote even lets you take Alexa out of the house, so long as you can keep her connected to your vehicle WiFi or a smartphone hotspot.

A set of four LEDs on the base always keep you aware of its current power levels, and a power button lets you shut the speaker down to preserve your battery life when it isn't in use. Or just keep the SkyTote-sleeved Echo constantly plugged in so it's always ready to travel when you need to move.

The SkyTote is acoustically transparent, so it will never interfere with enjoying your music. Plus, it comes with a convenient carrying handle so your mobile adventures can begin.

Regularly $59, you can get a SkyTote Battery Sleeve for your Amazon Echo 2 right now at nearly 60 percent off the retail price, just $23.99.