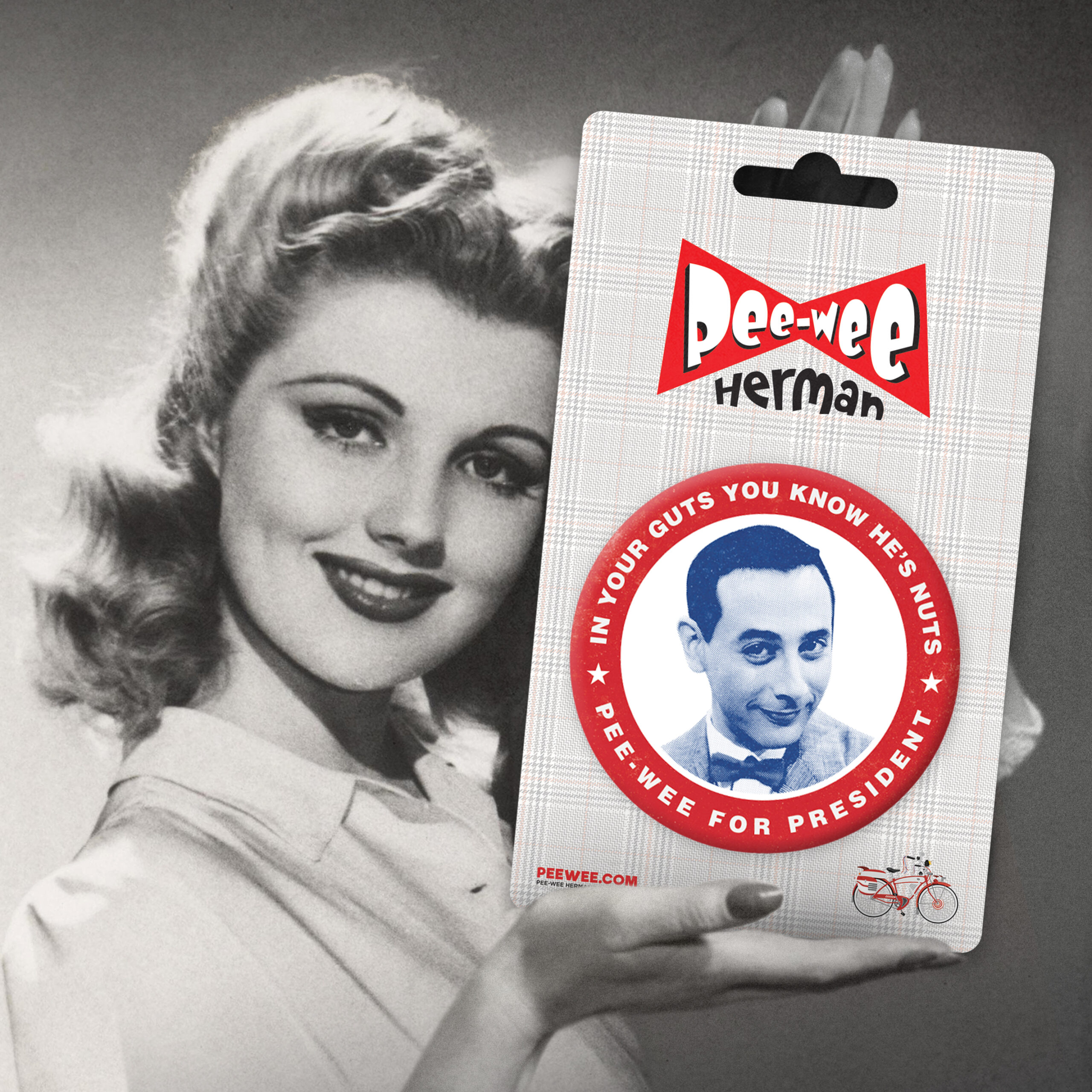 Pee-wee Herman for president? SURE, WHY NOT?! Stranger things have happened. At least Pee-wee's slogan is honest: "In your guts, you know he's nuts."

Go to Pee-wee's new store for the "Pee-wee for president" buttons (and tees and pins and stickers and hoodies) but stay for that terrific animated banner!

Francis, his running opponent, is taking a different route with his campaign slogan, the familiar "I know you are, but what am I?" one

Here’s a fun collab. “Creator of cute” Jerrod Maruyama re-imagined the characters of Pee-wee’s Playhouse kawaii style for a new 1000-piece puzzle. It’s a limited edition/timed release, created for Comic Con. Pre-order one with a mini print signed by Paul Reubens ($65) or just the puzzle ($25). Sales for both end at 11:59 p.m. on […]

“Roosevelt’s Big Adventure,” a thoughtful, low-low-budget re-creation of Pee-wee’s Big Adventure, is a hoot — such dedication from the entire family! A retelling if the classic 1985 movie by one of PeeWee’s biggest & smallest fans – this was all his idea! Created during quarantine with what we had. (Pee-wee Herman) screengrab via doubleeweareein/YouTube