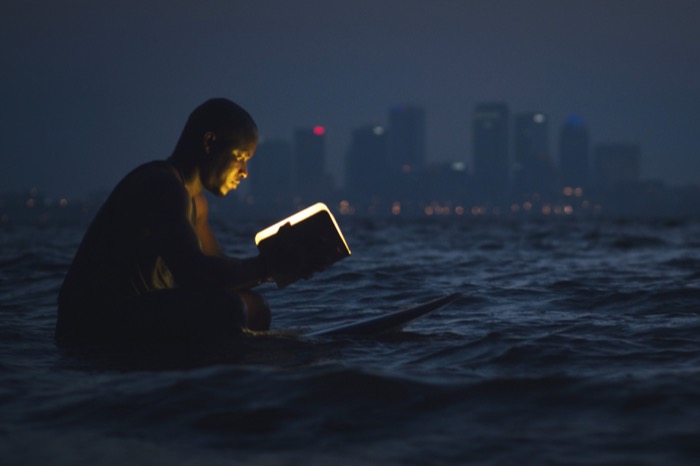 In this essay titled "How I Read Two Books a Week," Anthony Draper offers "surprising and practical steps you can take now to read more." My favorite tip is using the downtime feature on your iPhone's screen time settings.

I've also adjusted some of my daily habits to further encourage reading. I turned on the downtime feature on my iPhone's screen time settings so that all of my apps lock after 10 p.m. — with the exception of the Books app, Wildfulness (nature noises), and the clock (to set my alarm for the morning).

Usually, I'd spend around 30 minutes (or more) watching YouTube in bed before I went to sleep. I saw that as an easy area to convert to reading time. The downtime feature prevents me from just pulling down on the home screen and accessing my Siri suggested apps (my iPhone knows I use YouTube every night, so it's always right there) because once the downtime schedule hits, YouTube no longer shows up on that menu.

I often get stuck scrolling Flipboard for an hour or longer before falling asleep at night. I'm might try the downtime feature to limit my phone to WaniKani and the Kindle App.

This brief article is titled "Backing up for Mortals," and it looks like it has good advice. The author recommends 3-2-1 Rule: The rule is simple: you have 3 backup sources: 2 are local, and 1 is remote. 2 local sources because if one fails, you can replace it and duplicate the good one over […]