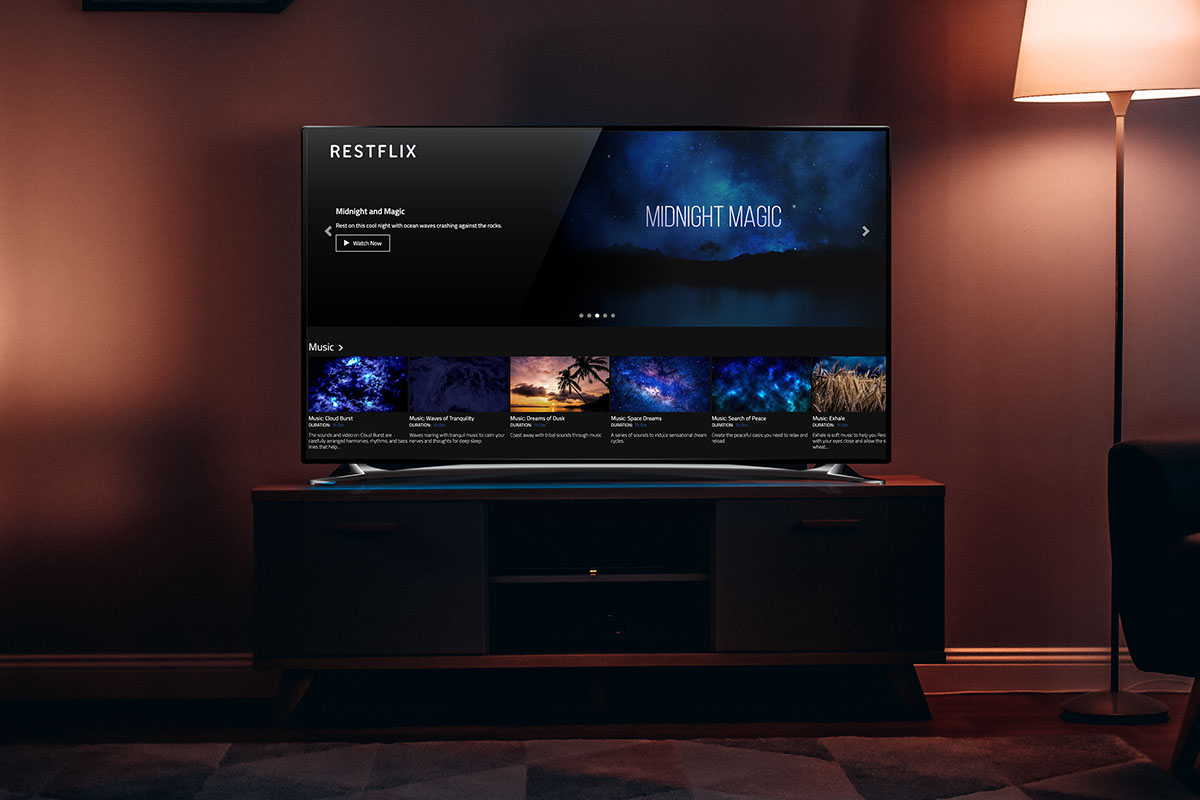 According to researchers, stay-at-home orders in the US and around the globe are helping those working from home grab an extra 15 minutes of sleep per night. For college students, it's even up to 30 extra minutes each night.

Meeting your quality sleep threshold is actually one of the greatest indicators of your overall health. For those who find themselves struggling, the Restflix Restful Sleep Streaming Service might just present a path for solving those problems.

Restflix is just what it sounds like — it's Netflix for sleep. They offer over 20 personalized video channels full of meditative music, bedtime stories, soothing sounds, and restful images to help users fall asleep faster and get a deeper, more restful sleep.

The Restflix formula centers on using binaural beats, an approach that brings together two slightly different sound frequencies that your brain interprets as a single new frequency tone.

The Restflix videos utilizing the binaural beat method can then alter the brain's degree of arousal, with almost three out of four subjects experiencing higher levels of melatonin, the brain chemical that regulates your sleep.

Through guided meditations, bedtime stories, and peaceful and serene natural views and sounds, Restflix can reshape your sleep habits and stave off insomnia, ill-effects of sleep disorders like weight gain, memory and cognition issues, a weakened immune system, and heart disease, among others.

As part of their introductory rollout, you can get a full year of Restflix service for half off the regular $99 price, just $49.99.