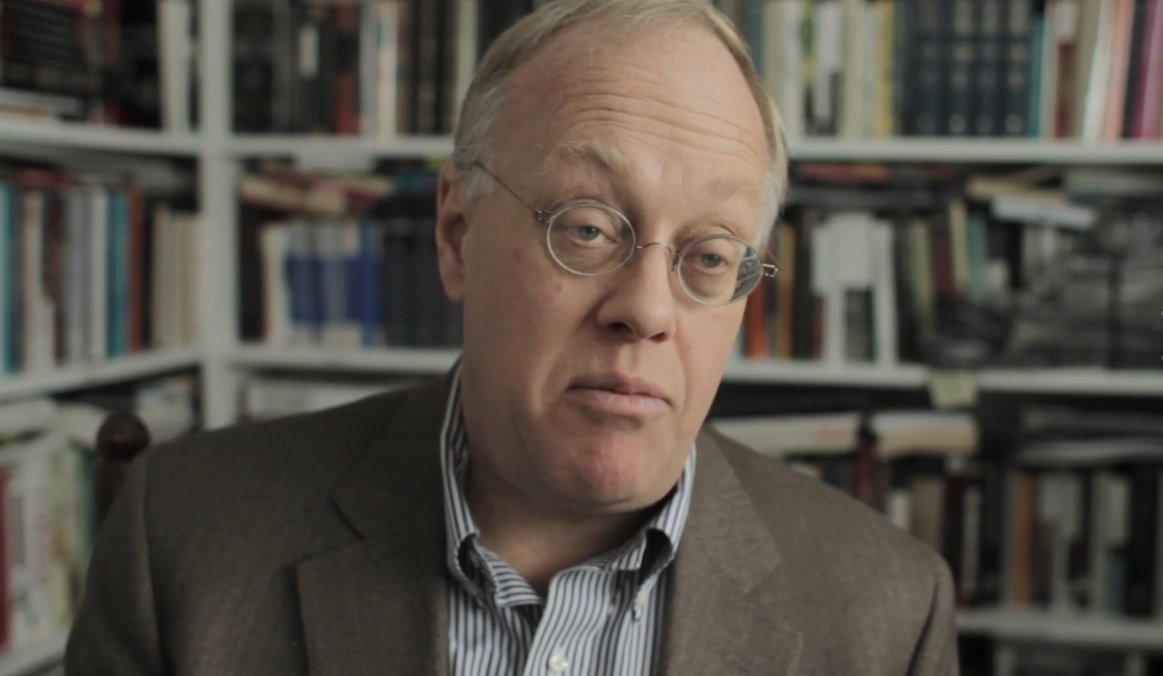 John Cusack, actor, filmmaker, and board member of journalism advocacy group Freedom of the Press Foundation, on the ethics of civil disobedience in whistleblowing.
David Pescovitz / 12:20 pm Thu, Aug 2, 2012

"It’s the willingness on the part of people who seek personal enrichment to destroy other human beings… And because the mechanisms of governance can no longer control them, there is nothing now within the formal mechanisms of power to stop them from creating essentially a corporate oligarchic state.”

Days of Destruction, Days of Revolt by Chris Hedges and Joe Sacco (Amazon) Read the rest

Culture critic Mark Dery has written a good ol' fashioned rant about "'evangelical' atheists" like Richard Dawkins and Christopher Hitchens. Although delighted by their strategy, Dery is disappointed in their seeming ignorance about American evangelical Christianity on more than a surface level. For Dery, the key to understanding why Christianity still "works" in the U.S. is by examining it, in proper context, as another strange subculture. From Dery's essay, titled "Devil's Advocacy":

Yes, the Enlightenment tradition of reasoned debate and the scientific method's appeal to fact trump evangelical Christianity's "faith-based" obedience to scriptural "truth," its cowering fear of the Deeply Disapproving Daddy in the Sky. Those points being eagerly granted, how much more interesting to excavate the historical, class-based, and economic roots of American evangelical Christianity, to understand it in all its oxymoronic complexity as a conservative counterculture. There is a reductionistic, black-and-white binarism to Dawkins and Hitchens arguments that, irony of ironies, replicates the very same Manichean dualism beloved of American fundamentalism.

(And no, I'm not echoing the sophistic argument, made with her usual blunt-trauma subtlety by Ann Coulter and with somewhat more nuance, on the left, by Chris Hedges. I'm not arguing that a dogmatic atheism is a fundamentalism by any other name; rather, I'm arguing that using the sledgehammer of reason to smash to smithereens religion's preposterous epistemology and its hypocritical morality leaves half the job undone. Conservative Christianity has little to do with theology and everything to do with the culture wars; making sense of it requires not just a rationalist-materialist critique but an ethnographic/anthropological angle of attack.)

Personal accounts of Iraq war vets in The Nation

Iraq war veterans talk about they saw and experienced during the war in an extensive feature published in the July 30 issue of The Nation.

Image: 31-year-old staff sergeant Camilo Mejía recalls arriving at the scene after an Iraqi man was decapitated by a .50-caliber machine gun, while his young son watched.

We heard a few reports, in one case corroborated by photographs, that some soldiers had so lost their moral compass that they'd mocked or desecrated Iraqi corpses. One photo, among dozens turned over to The Nation during the investigation, shows an American soldier acting as if he is about to eat the spilled brains of a dead Iraqi man with his brown plastic Army-issue spoon.

"Take a picture of me and this motherfucker," a soldier who had been in Sergeant Mejía's squad said as he put his arm around the corpse. Sergeant Mejía recalls that the shroud covering the body fell away, revealing that the young man was wearing only his pants. There was a bullet hole in his chest.

"Damn, they really fucked you up, didn't they?" the soldier laughed.

The scene, Sergeant Mejía said, was witnessed by the dead man's brothers and cousins.

(thanks, Susannah Breslin, via Radosh)

I think we would be remiss not to note that some of the soldiers that were interviewed were not happy with the way their words were presented and actually accuses the nation of being "guilty of poor analysis or of using my quotes to their own ends."

Christian right is co-opting US military and law enforcement

Chris Hedges, the former New York Times Mideast Bureau chief, has written an article for Truthdig about the Christian right's infiltration into US military and law enforcement. He is writing a book called American Fascists: The Christian Right and the War on America.

Erik Prince, the secretive, mega-millionaire, right-wing Christian founder of Blackwater, the private security firm that has built a formidable mercenary force in Iraq, champions his company as a patriotic extension of the U.S. military. His employees, in an act as cynical as it is deceitful, take an oath of loyalty to the Constitution. These mercenary units in Iraq, including Blackwater, contain some 20,000 fighters. They unleash indiscriminate and wanton violence against unarmed Iraqis, have no accountability and are beyond the reach of legitimate authority. The appearance of these paramilitary fighters, heavily armed and wearing their trademark black uniforms, patrolling the streets of New Orleans after Hurricane Katrina, gave us a grim taste of the future. It was a stark reminder that the tyranny we impose on others we will one day impose on ourselves.