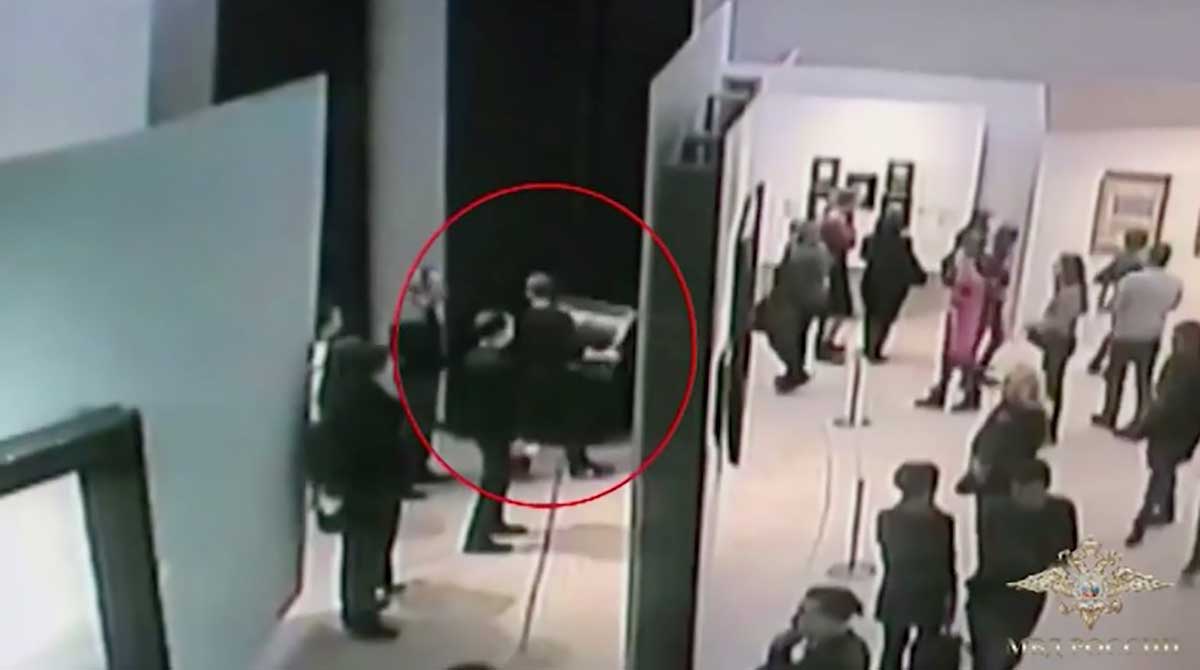 Russia's Ministry of Internal Affairs reported that a museum visitor walked out of Moscow's Tretyakov gallery with a painting worth $1 million tucked under his arm. As you can see in the video above, visitors in the crowded gallery watch the man as he removes the painting from the wall and walks out with it, but no one stops him.

The suspect has since been apprehended and the painting, Ai Petri.Crimea by Arkhip Kuindzhi, recovered.

XO: the most emotionally intense podcast you'll ever hear

Toronto-based host/producer Keith McNally weaves together memory, music, and a magpie's collection of appropriated media, often with a This American Life-style aesthetic.