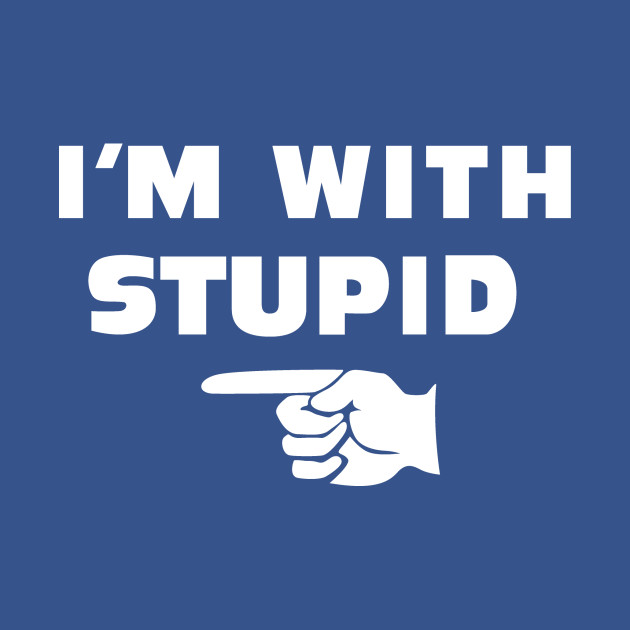 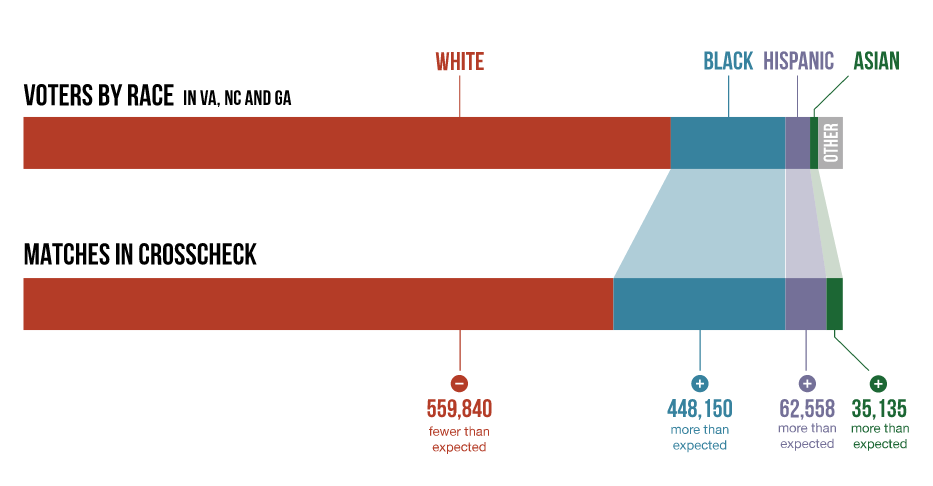 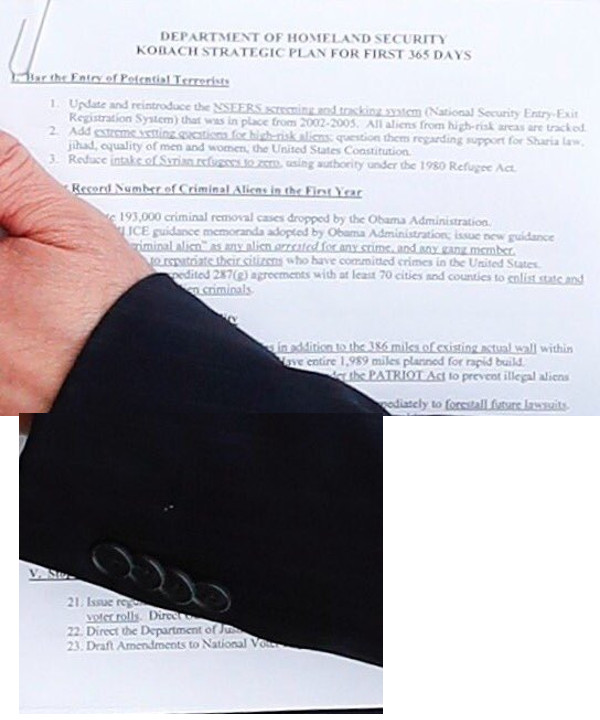 Kansas Secretary of State and noted xenophobe Kris Kobach, who is in line to run Trump's DHS, was photographed by the AP yesterday at the Trump National Golf Club Bedminster clubhouse holding the secret 100-day plan for the Trump DHS. By blowing the photo up, we're able to learn an awful lot about what's in the cards. Read the rest

Presenting at the right-wing love-in CPAC, cuddly Kris Kobach (architect of Arizona's racist "papers, please" law) revealed his plan for getting around the pesky Constitutional guarantee of citizenship for people born in the USA -- he's going to get state legislatures to deny "state citizenship" to kids born to foreigners. Presumably this means that they wouldn't be issued birth certificates and wouldn't be entitled to attend school, etc. Kobach was joined by numerous birther loonies who, um, think that states should provide special super-birth-certificates attesting to the citizenship of one particular American.

Other foes of birthright citizenship have gone so far as to call for a Constitutional amendment, but Kobach sees a more promising path through the states, which he says have the authority to make "certain legal arrangements" that bear "the force of federal law."

"We can't change the way Congress define US citizenship, but we can conceive of ways to change how a state defines its own citizenship," he told the crowd. And while he admitted that this was "maybe not the most important issue with regard to immigration," he added that tearing down birthright citizenship was important if Americans wanted to remain faithful to their Constitution.

Republican leaders have sought to tamp down this inflammatory issue in the run-up to November 2012. Rep. Lamar Alexander (R-Texas), said he won't make it a priority in the House Judiciary Committee, and he passed over Rep. Steve King of Iowa--a GOP flamethrower and avid birthright foe--for the chairmanship of Judiciary's immigration subcommittee.