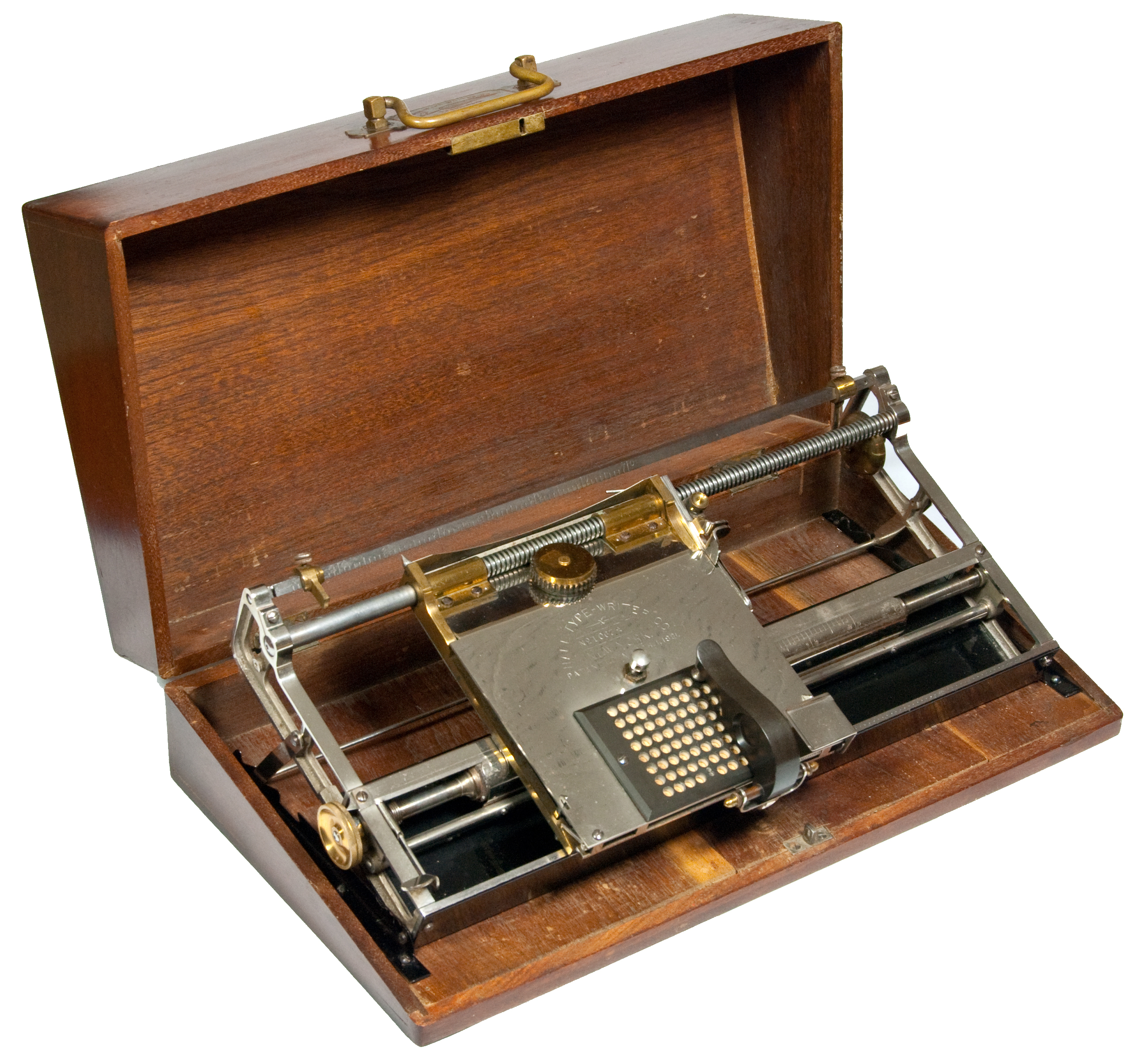 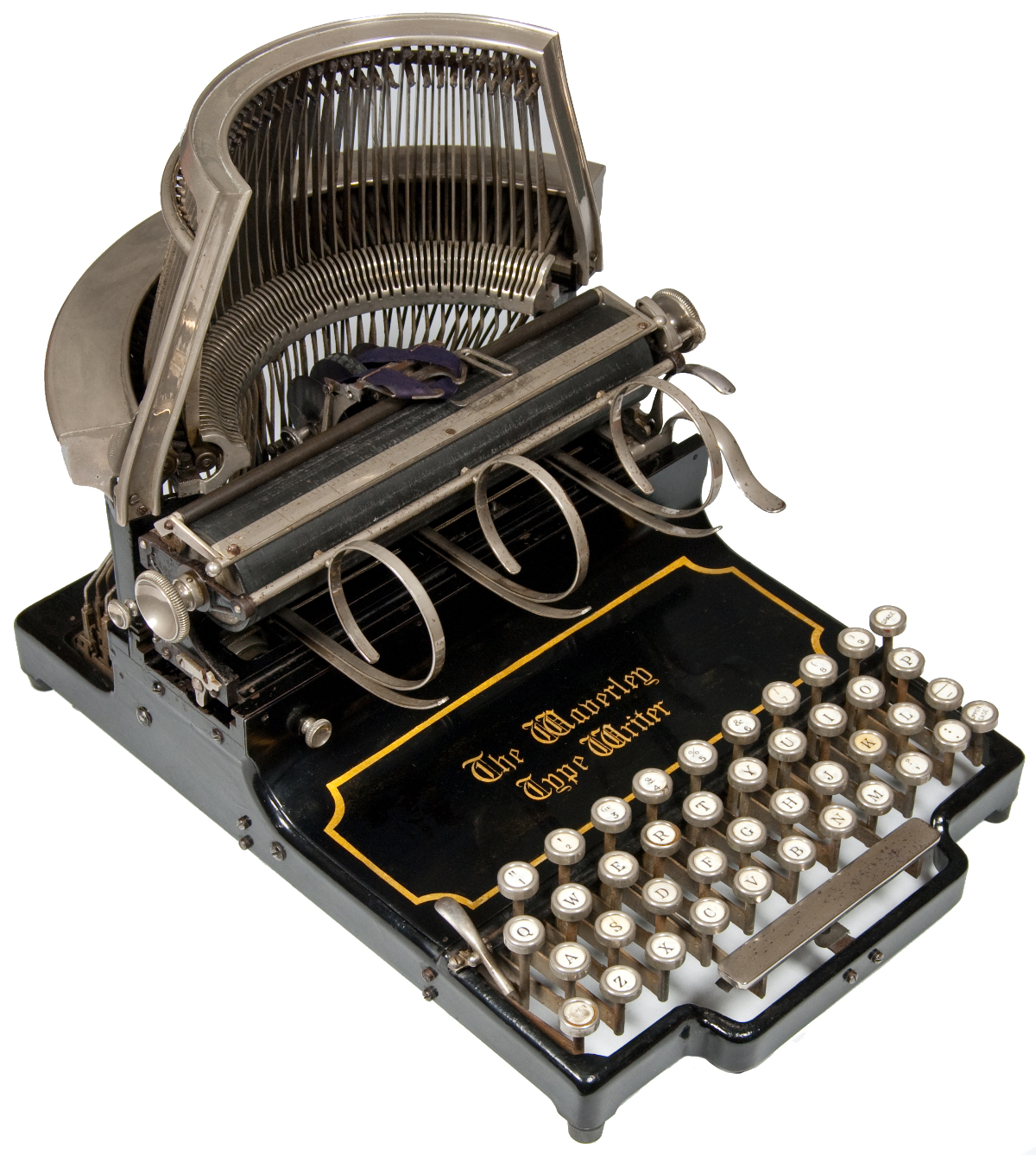 Typewriter historian Martin Howard (previously) writes, "I was able to pick up a rare and exquisite Waverley typewriter (1896) this summer in Scotland and have just the other day posted it to my website all cleaned and ready to show." Read the rest

Documentary on the past, present and future of typewriters

Typewriter sculptor Jeremy Meyer sez, "I just got back from Telluride where the feature-length documentary by Doug Nichol called 'California Typewriter' premiered." Read the rest 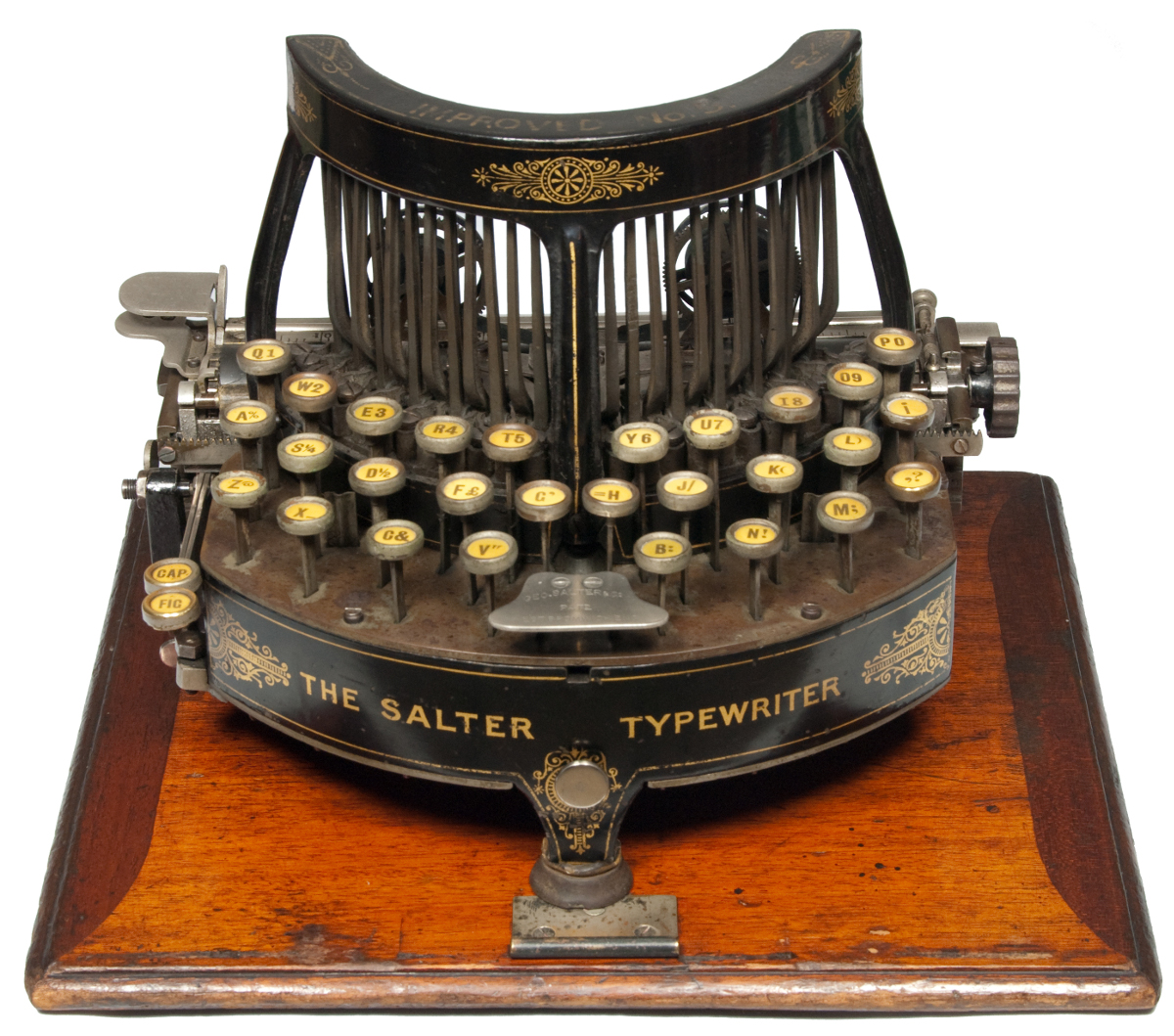 Martin Howard from Toronto's Howard Collection writes, "The Salter is one of England’s first typewriters and is a stunning example of a piece of Victorian engineering. It was made by The Geo. Salter & Co. of West Bromwich who were well known at the time as the makers of penny scales, which were a common feature in train stations and other public areas." Read the rest

Munson typewriter, a beauty from 1890

The Martin Howard Typewriter Collection has a new treasure to show off: a Munson typewriter, with horizontal rods that control a hammer that strikes the page from behind:

The Munson typewriter is a remarkable piece of engineering, with a complex and original mechanical design packed into a small frame. Its inner workings are largely exposed, so the machine comes to life with moving rods and levers when being used.

The Munson does not have type-bars but uses a horizontal type-cylinder (about the size of ones finger) that slides from side-to-side and rotates to have the correct character move into place. Then a hammer strikes the paper from behind, pushing the paper against the ribbon and type-cylinder. Type-cylinders with different fonts were available.

With two shift keys, uppercase and figures, only three rows of keys are required.

The Munson was introduced in 1890 and did quite well on the market; however, today it is hard to find. The Munson became the Chicago in 1898 when the enterprise was bought and the typewriters were manufactured by The Chicago Writing Machine Co.

(Thanks Martin!) Read the rest

Martin Howard sent us the latest addition to his stupendous antique typewriter collection, an 1895 Ford:

The Ford typewriter is a striking machine with its beautiful ornate grill and gracefully integrated keyboard. It was a machine to grace the eyes but would not have endeared itself to the typist, as the keys are rather springy and wobbly when typing and the platen surprisingly does not have a line-by-line clicking action. Also the shift keys for capitals and figures require a solid push to operate, not a good design for fast typing. However, what the Ford did have was visible writing, allowing one to see the typed words on the platen as soon as they were typed. It was not the first to do this but most contemporary typewriters were still blind writers, requiring one to lift the carriage to see the last few typed lines.

The Ford typewriter broke new ground in being the first typewriter to use the new metal ‘aluminum’ in its construction. The Ford was sold in two versions, one with an all aluminum frame and carriage and the other with a cast iron, black enameled, frame and aluminum carriage, as shown above. Both sport a beautiful Japanned grill.

(Thanks, Martin!) Read the rest

Comprised of typewriters from the very beginning of the typewriter industry (1880s & 1890s), it is the largest of its kind in Canada. The collection contains many rare and historically important typewriters, showing the remarkable diversity and beauty of the world's first typing machines.