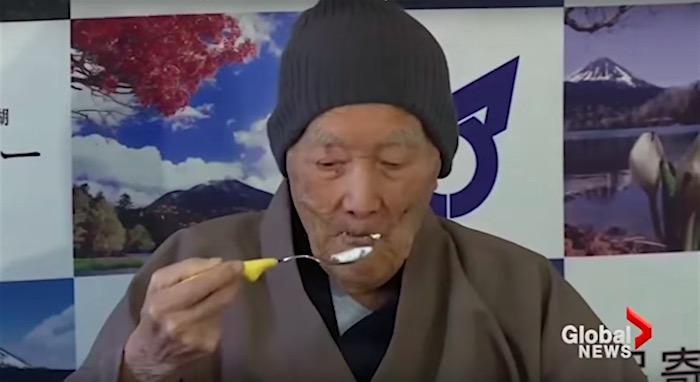 Guinness World Records just made it official: the title of "Oldest Person Living (male)" on earth goes to Masazo Nonaka from Japan, who is currently 112 years and 259 days old (when you're that old, every day counts). He celebrated with a piece of cake, which he said was "tasty!" He credits his longevity to "soaking in hot springs and eating sweets," according to GWR.

The person who held the title of "Oldest Living Person Ever (male)" before Nonaka was Jiroemon Kimura, also Japanese, who died in 2013 at age 116 years 54 days.

Last year, the Oldest Living Person (female), Violet Brown from Jamaica, died at 117 years old. Guinness World Records is currently on the hunt for the new oldest living female to take the title. Read the rest