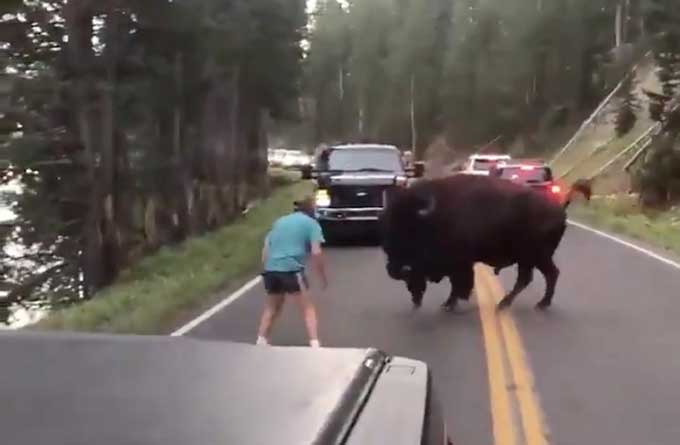 Here we see a man who takes Genesis 9:1-5 seriously: "The fear of you and the dread of you shall be upon every beast of the earth." Read the rest 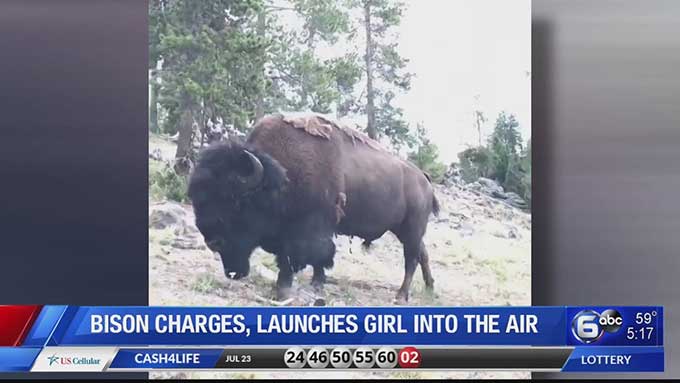 A group of visitors to Yellowstone National Park in Wyoming got too close to an American Bison, prompting it to charge and toss a 9-year-old girl into the air like a toy. Fortunately, her injuries were minor. 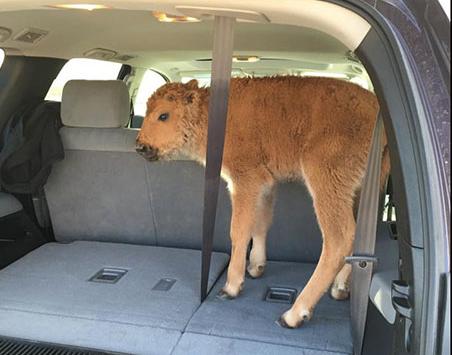 This is why we can't have nice things.

Some really stupid visitors to Yellowstone National Park decided that a baby bison they'd seen was "too cold," so they put it in their rental car trunk to warm it up, and drove it around for a while.

After the herd rejected the calf, the National Park Service decided to kill (or if you prefer, “euthanize”) the calf, and warned tourists not to interact with animals. For, like, the billionth time.

National Park Service officials want everyone who visits Yellowstone to know that adult animals, like this calf's mom and dad, can become aggressive when they're trying to protect their young. Mothers sometimes reject offspring that have interacted with humans.

As Mark wrote here, the father and son tourists visiting the park in Wyoming received a ticket from Park Rangers for putting the bison calf in their rental car.

As dumb as these tourists were, they're not alone. There have been several similar incidents this year in the park, shared on social media in which visitors ignore the rules, get too close to animals, and pose for selfies.

In 2015, Bison seriously injured five park visitors, which makes them more dangerous by the statistics than any other animal, including predators like bear, wolves, or big cats.

The newborn bison calf that visitors to Yellowstone National Park last week inadvisedly tried to rescue from the cold has been euthanized after efforts to reunite it with the herd were rejected, according to the National Park Service.